Funeral services for Vernon E. Classon, 85, of Albert Lea will be at 10 a.m., Friday at First Lutheran Church. The Rev. John Holt will officiate. Interment will be in Round Prairie Cemetery with military honors accorded by the American Legion and Veterans of Foreign Wars honor guards. Visitation will be from 5 to 7 p.m. Thursday at Bayview/Freeborn Funeral Home and one hour prior to the service at the church on Friday. Online condolences are welcome at www.bayviewfuneral.com. 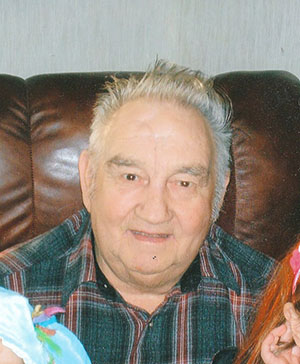 Vernon Eugene Classon was born on April 21, 1930, in East Chain Township of Martin County, the son of Allen and Rosella (Clifford) Classon. He lived in Truman and then moved to Albert Lea. He attended the Northside School in Albert Lea. From 1951 to 1953 Vern served his country in the United States Army. On July 31, 1954, he was united in marriage to Harriet Quam at Round Prairie Lutheran Church. Vern worked for Wilson & Co. for 42 years, retiring 25 years ago. He also worked various other farm-related jobs. He was formerly a member of the Moose Lodge, the Elks, American Legion and VFW. He was a member of First Lutheran Church in Albert Lea. Vern enjoyed fishing, camping and bowling. He loved going to all of his kids and grandkids sporting events, spending time at his camper with all his family and especially taking his family on vacations every year. He loved going to grocery stores, telling jokes and talking to his favorite cashiers. Most important to Vern was his interest in what all his kids and grandkids were doing.