A celebration of life for Wayne A. Thompson will be at 3 p.m. Monday at Crossroads Evangelical Free Church in Albert Lea. The Rev. James Petersen will officiate. Friends are welcome to visit with family one hour before services at the church. Private interment will be at Graceland Cemetery. 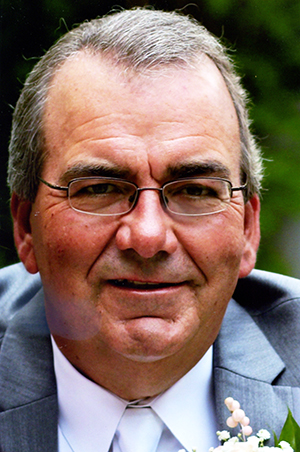 He was born April 2, 1956, in Bloomington, the son of Duane and Josephine Thompson (Castoldi).

He graduated from Kennedy High School in Bloomington.

Wayne was an entrepreneur in every sense of the word. His ambitious nature led him to build a franchise that at one time included 13 Burger Kings. He opened his first Burger King restaurant at the young age of 23 years old and then went on to build 12 more, eventually founding Fieldstone Restaurants Corp., which is still operating today. Wayne expanded his business by building and co-owning the local Philly’s Bar and Grill with his close friends.

He was united in marriage to Pamela Jernell. To this union two children were born, Christine and Ryan.

On June 14, 2015, he was truly blessed in his marriage to Lisa Meaney. Wayne’s true passions in life were spending time with his wife, Lisa, and all of their grandchildren. His grandchildren truly filled his heart with so much love and joy.

Later in life, Wayne had a newfound faith and calling for sharing his life experiences with others.  Before and after he was diagnosed with cancer, he gave many public speeches and had personal conversations that were encouraging and inspiring to countless people. He became a man of true faith and inspiration, resonating in his words and lifestyle until the day he passed. Wayne’s strength was admirable in all facets of his life.

Wayne was an avid golfer, reader, speaker and always loved walking the white sand beaches of Florida with his wife, Lisa.

Wayne was preceded in death by his brother, Gregory Thompson; and his father, Duane Thompson.

The family would like to especially thank and acknowledge Renae Meaney and Mayo Clinic Hospice in Albert Lea for the very special care they gave Wayne and the family. In lieu of flowers, please send donations in memory of Wayne to the local AA chapter at 1005 Ulstad Ave., Albert Lea, MN 56007.

“Don’t think of him as gone away, his journey’s just begun. Life holds so many facets, this earth is only one.  Just think of him as resting from the sorrows and the tears, in a place of warmth and comfort, where there are no days and years. Think how he must be wishing that we could know today, how nothing but our sadness can really pass away. And think of him as living in the hearts of those he touched, for nothing loved is ever lost, and he was loved so much!”