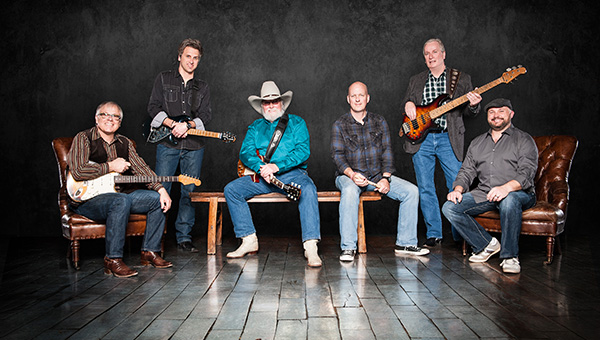 The Charlie Daniels Band will perform at the Freeborn County Fair on Aug. 6. — Provided

The Freeborn County Fair Board has announced three of the five Grandstand entertainers for this summer’s fair.

Expected to draw a large crowd is The Charlie Daniels Band, performing on Saturday, Aug. 6, said Mike Woitas with the fair board.

Daniels, a musician, singer and songwriter, is probably best known for his No. 1 country hit “The Devil Went Down to Georgia.”

Inducted into the Grand Ole Opry and the Musicians Hall of Fame, he last performed at the fair in 1991.

Opening the fair on Tuesday, Aug. 2, will be LOCASH, formerly known as the LoCash Cowboys, an up-and-coming country duo.

The group has had two Top 40 hits on Country Airplay and on Monday released a new single to country radio titled “I Know Somebody.”

Niemann performed at the fair in 2011 and always puts on a good show, Woitas said. The singer has released a combined six Top 40 songs.

Woitas said the contract for the Wednesday, Aug. 3, entertainer has been signed, but the fair board is not able to release the performer’s name until after Memorial Day Weekend’s Tree Town Festival in Forest City, Iowa, where he will also be performing.

The name of the entertainer for Friday, Aug. 5, is expected to be released March 10. This performer will be a rock act.

Woitas said new this year the fair is renting two 9-feet by 12-feet video screens that will be positioned on the sides of the stage to add to the entertainment. American contemporary country music singer Josh Turner had video screens for his concert this past summer, and he heard many positive comments about them.

The concerts are a large draw for the fair from the surrounding area.

Tickets are available at midwestix.com. Tickets are $30 for reserved seats or standing room directly in front of the stage. Otherwise, admission is free with the $10 gate admission to get into the fair.