Irvine has been a longtime financial adviser

A longtime Albert Lea financial adviser has been charged with a dozen tax-related felonies. 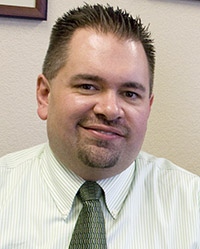 Troy Irvine, 41, faces six counts of attempting to evade the state’s tax laws and six counts of filing false or fraudulent income tax returns following an investigation by the Minnesota Department of Revenue.

The criminal complaint filed in Freeborn County District Court earlier this month alleges Irvine willfully attempted to evade income tax laws for tax years 2009 through 2014. During those years, he allegedly understated more than $112,000 in wages, overstated more than $34,000 in withholding amounts and falsely omitted over $100,000 in pension income, according to the Department of Revenue.

The state alleges that because of the fraudulent Minnesota tax returns filed during the six-year period, Irvine now owes almost $52,000 in taxes, penalties and interest.

“While Mr. Irvine has already admitted that there are errors in his returns, they are just that: mistakes and not intentional efforts to mislead the state,” Magarian said.

The lawyer said in at least one tax year, Irvine mistakenly reported more wage income than he actually received, leading him to pay taxes on that amount.

“Based on our preliminary review, it appears that some of the numbers in the state’s complaint are incorrect,” Magarian said. “Mr. Irvine deserves the same benefit of the doubt that we extend to the state for any incorrect numbers that may appear in its complaint; we are sure that any such misstatements in the complaint are also mistakes, and not any attempt to mislead.”

He said Irvine looks forward to resolving the matter with the state.

Irvine worked as a financial adviser for Edward Jones during the years referenced in the court complaint. He now works as the vice president of wealth management for Alliance Benefit Group Financial Services Corp.

Brad Arends, CEO of Alliance Benefit Group, said Irvine has worked at ABG since February 2015 and noted that the allegations did not involve any alleged wrongdoing at the company.

Arends said the company is conducting an internal investigation and is working closely with its corporate compliance advisers.

“Our company is committed to provided quality financial services to our customers,” he said. “We will continue to take every effort to protect our clients’ interests.”

Pending the investigation, Irvine is on a leave of absence.

Court documents state staff at the Department of Revenue identified irregularities in Irvine’s 2010 Minnesota income tax return in December 2013 when he reportedly claimed $5,000 more in withholding than was actually withheld by his employer.

Upon further review, staff discovered withholding discrepancies on Minnesota income tax returns for 2009, 2011, 2012 and 2013. Irvine had been audited by the Internal Revenue Service in 2007, 2008 and 2010 for unreported pension income and disallowed itemized deductions. Because of the history of unreported income and because of withholding discrepancies on Minnesota returns, the case was referred to the Minnesota Department of Revenue’s criminal investigation division.

The investigation began in February 2015.

State investigators found that because of inflated withholding credits, unreported wages and unreported pension income, Irvine allegedly reduced the tax he paid to the state and fraudulently received refunds greater than that which he was entitled.

A Department of Revenue investigator interviewed Irvine on Aug. 12, 2015, about the allegations.

Irvine reportedly stated he had begun preparing his own state and federal returns using the online version of TurboTax in 2008 or 2009, and he could not explain the discrepancies.

When asked about overstating the withholding amounts, he reportedly said he did not know where he came up with the numbers he put into TurboTax, according to court records. He reportedly said he had taken the numbers directly from his W2 from his employer at the time, Edward Jones, and that he thought he had also entered the income from the 1099-R forms.

Each charge carries a maximum penalty of five years in prison and a $10,000 fine or both.

Irvine is slated to make his first appearance on the charges March 10 in Freeborn County District Court.

The Tribune has been unable to reach Irvine.