A.L. woman not giving up on bike share plans 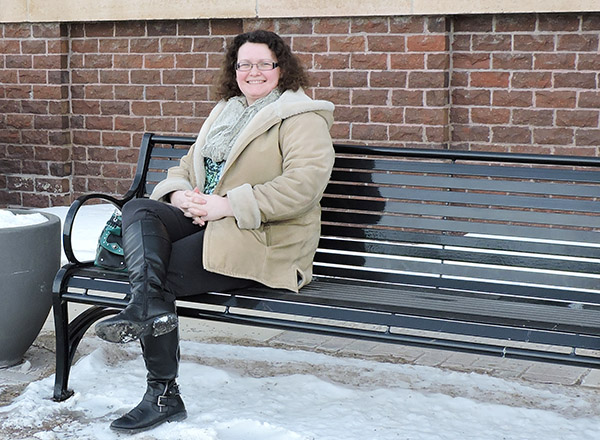 Bethany Greiner of Albert Lea is pursing the idea of having a bike share program in Albert Lea. – Kelly Wassenberg/Albert Lea Tribune

Bethany Greiner of Albert Lea has only lived in the community for two years, but that didn’t stop her from getting her feet wet during the Idea Splash this past year.

Greiner saw a poster for the Idea Splash while working at Albert Lea High School as a paraprofessional.

“I liked the open invitation to come in and bring ideas that you can use to improve the community that you live in,” she said. “I think it’s a really nice idea.”

Ideas began flipping through her mind of something she could bring to the meeting. One included an idea for an indoor playground for young children at one of the local malls. Ultimately, Greiner went with a different idea.

“My idea was to have a bicycle share program that functions a little bit like Redbox does for movies,” she said.

She began pursuing the goal by calling Zagster, a company that other cities have used for the program. The vendor’s sales representative recommended starting with two or three kiosks with a fleet of about 12 to 15 bicycles. People could ride the bicycles throughout town and return them to the original kiosks from where they were rented or another kiosk location.

“I think that would be a really viable way to start out,” Greiner said, noting the fleet could be added to as the program becomes more popular.