Memorial services for Adolph C. Hanson will be at 2 p.m. Friday at Trinity Lutheran Church in Albert Lea. Please note the change of venue. The family will receive guests one hour prior to the service. Adolph’s daughter, Marilyn James, will officiate. 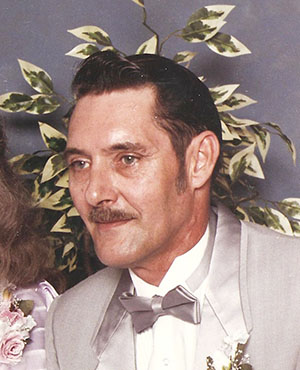 Adolph Christian Hanson, having reached his 78th milestone of life’s journey, surrendered to the crucible of cancer; the uninvited guest that ravaged his body and snuffed out his life at 10:35 a.m. Thursday, Feb. 11, 2016, at St. Marys Hospital in Rochester surrounded by his family. His daughter, Jodie, and grandson, Kody, never left his side, sharing decades of memories until the very last moment of his earthly life.

A third-generation American, Adolph “Ade” or “Gator” was born Jan. 11, 1938, in Freeborn County to Robert Sylvester and Minnie Ida Marie (Bock) Hanson. He was the sixth of their eight children and a great-grandson of the legendary “Grandma of Freeborn County,” Marie (Larsen) Hansen (1860–1967), who emigrated from Denmark, settling in Albert Lea with her siblings and parents Lars and Dorthe Christoffersen in 1875. Ade was the namesake of his Grandma Hansen’s son, Adolph Christian Hansen, who in 1932 was fatally injured in an automobile accident.

At the age of 13, Ade went to work as a farm hand for Walter B. and Laila Larson in Albert Lea, as did his older brothers, to earn money for the family — thus interrupting his education at the high school level. He expressed great admiration and respect for both Walter and Laila when remembering them. In the 1950s he went to work for Mattson Truck Lines as a truck driver, like his father before him.

Ade owned and operated Long Branch Saloon in Twin Lakes, and later Hanson’s DX on South Broadway in Albert Lea. In the late 1960s to the mid-1970s he worked for Emil Olson as a concrete mix truck driver while bartending part time in the evening at Eddie’s Bar, until he saved enough money in 1977 to do what he really loved: having his own trucking company and driving long haul as an owner/operator. His first purchase was a 1969 refrigeration Freightliner; more trucks were purchased over the decades as he traveled the vast interstates and highways across this great land, recalling Mackinac Island, Michigan, as his favorite destination.

In 2003, after 26 years of driving truck, he returned to where he started as a young man — farming — and continued to drive semi during harvest season working until fall 2014, when at the age of 76 he was diagnosed with lung cancer, halting his functioning agricultural labors.

Ade had been a member of the F.O.E. 2258 for several years; played slow-pitch softball for Eddie’s Bar, in the pitching position, but always wanted to play first base. He was also on the bowling team for The Aragon for a few years. He loved fishing trips up north to Horseshoe Lake because of the good variety of fish offered there, although catfish was his favorite. When not playing sports, he watched them, rooting for the Minnesota Vikings.

When his children were small, he would get up on Saturday morning and watch cartoons with them, laughing at Road Runner and the Pink Panther every week. He was a good cook and very particular when it came to making great-tasting food.

Ade will long be remembered for his great sense of humor, laughing and joking right up to the end. May he forever rest in peace. The body was cremated with distribution of the ashes to be spread based on his expressed personal wishes.