Allan Nielsen, 58, of Mapleton died Wednesday, Feb. 17, 2016, in Albert Lea. Funeral services will be 11 a.m. Monday at Oakwood United Methodist Church in New Ulm. The Rev. Ric Jacobson will officiate. Burial will follow in Zion Cemetery, Nicollet Township, in Nicollet County. Visitation will be from 4 to 7 p.m. today and 7:30 to 8 a.m. on Monday at Minnesota Valley Funeral Home South Chapel in New Ulm, and will continue for one hour prior to time of service at the church Monday. To sign the guestbook or to leave an online condolence for the family, go to www.mvfh.org. 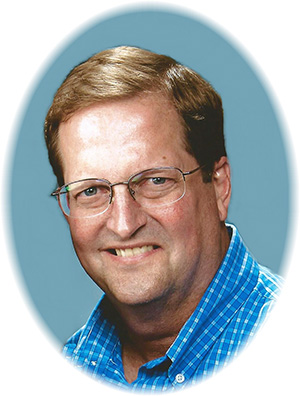 Allan is survived by his wife, Brenda, of Mapleton; his mother, Doris Nielsen, of Rochester;  a sister and brother-in-law, Linda and Warren Stowell, of Rochester; brothers and sisters-in-law Don and Joelene Nielsen of Albion, Michigan, and Larry and Tammy Nielsen of St. Charles; his mother-in-law and father-in-law Cliff and Judy Blank of Nicollet; a brother-in-law and sister-in-law, Dave and Cindy Blank, of Redwood Falls; and by aunts, uncles, nieces, nephews, and cousins.

Allan was preceded in death by his father, Ivan.

Allan Jay Nielsen, son of Ivan and Doris (Volding) Nielsen, was born on June 27, 1957, in Albert Lea. He graduated from Central High School in Albert Lea with the class of 1975. After high school Allan attended Rochester Community College and received an associate degree in 1977 and then a Bachelor of Science degree in computer science from St. Cloud State in 1980. After college Allan move to the Twin Cities area and then to Orlando, Florida, working as a computer programmer. In the late 1990’s he moved back to Minnesota. He later became a substitute teacher in the Maple River School District. He later joined the custodial staff at Maple River School District and worked there up until his death.

Allan’s enjoyment in life was spending time with his wife, who he said many times was the love of his life, and family, gardening, cooking/grilling and spending time in the outdoors. He was a loving and caring person and one who took great pride in his custodian job. He loved being around all the children in school.

In lieu of flowers, the family prefers memorials to the donor’s choice.