Funeral services for A. Arlene Johnson, 94, of Albert Lea will be at 2 p.m. Thursday at Trinity Lutheran Church. The Rev. Gary Harris will officiate. Interment will be at Hillcrest Cemetery. Visitation will be from 5 to 7 p.m. Wednesday at Bayview/Freeborn Funeral Home and one hour prior to the service at the church. Online condolences are welcome at www.bayviewfuneral.com. 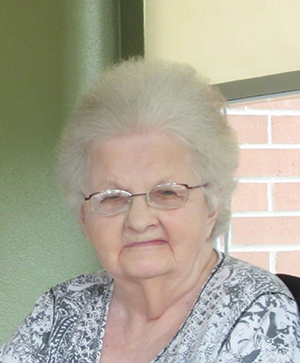 A. Arlene Johnson was born July 30, 1921, in Deer Creek, Iowa, the daughter of Ove and Elise “Lizzie” (Olson) Throne. She grew up on various farms in the Northwood area. On Aug. 13, 1953, Arlene married Elmer Johnson in Mason City. They settled in Albert Lea to raise their family. She spent many years caring for and keeping house for extended family when needed.  She was a member of Trinity Lutheran Church. Arlene’s life was her children — especially her grandchildren. She spent many hours with them. She said, “Kids are her life,” and she was never happier than being with them. They always put a smile on her face.