Clarence was born on April 29, 1931, on a farm in Thorp, Wisconsin, to Leo and Veronica Dulek. He served in the United States Army Air Force near the Arctic Circle outside Fairbanks, Alaska. Following his service in the military, Clarence was captain of the football team and president of the student senate at the University of Wisconsin at River Falls, where he graduated with a Bachelor of Science degree in botany and 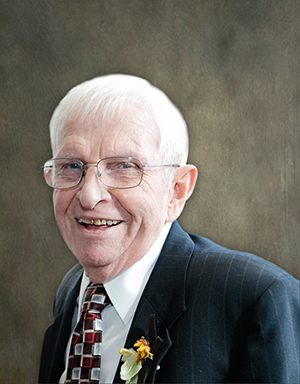 agriculture. On June 7, 1958, he married the former Mary Jo Schommer in Big River, Wisconsin. Clarence was employed at Wilson Foods & Co. in Albert Lea; Cedar Rapids, Iowa; and, beginning in 1981, in Omaha. He later worked for Beef of America in Omaha until retirement. He was a lifelong student of World War II and Winston Churchill and an avid reader of mystery novels. He enjoyed spending time with his family and assisting family, friends and neighbors with home repairs and projects. He also enjoyed watching the Green Bay Packers and spending time outdoors running, gardening and bird watching.

He was preceded in death by his parents, two brothers, one sister and one great-grandson.

Heafey Hoffmann Dworak Cutler Mortuaries and Crematory in Omaha is in charge of the arrangements.