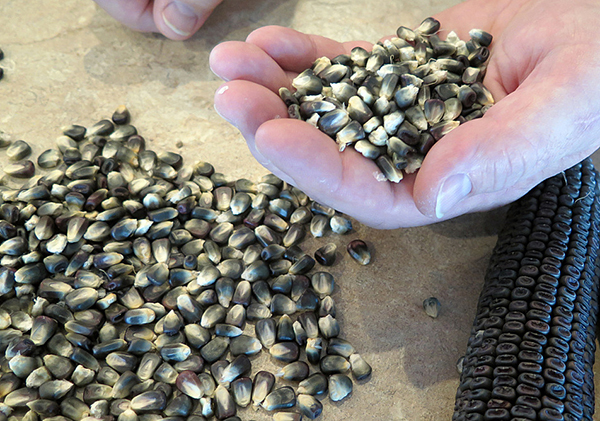 That’s how long a field must be free of chemicals like synthetic fertilizers and pesticides before the crops grown there can be labeled organic. It can be a hectic time as a farmer learns to control weeds, select crops and survive three years of economics that are far worse than traditional farming.

“It’s very difficult to make profits during the transition years,” said southwest Minnesota farmer Bryan Kerkaert, who has converted about a dozen fields to organic production in the last decade. “You’re going to be losing money.”

But not everybody makes it to that organic future. A survey of farmers who have made the switch showed that financial, not farming, challenges were the greatest difficulties encountered. Data collected by the University of Minnesota and the Minnesota State Colleges and Universities system show farms in transition earn only half has much as organic operations.

Why? It can take a year or two for organic weed control methods to work, so fields produce less grain than normal. And that grain doesn’t command the high price of organic crops because grain produced during the transition phase is not yet considered organic. So the farmer has a smaller crop to sell at a price that right now is well below what it takes to produce a crop.

“I think a lot of folks have to turn away or walk away from transition because they’re just not able to make it financially,” said University of Minnesota research fellow Gigi DiGiacomo.

Anyone thinking about going organic should be prepared to put in some long hours mapping their way to survival, said DiGiacomo, who helped develop best practices for farmers trying to change over, a project called “Tools for Transition.”

The project offers advice, worksheets and software that farmers can use as they consider making the jump to organic. One key is building cash reserves to keep the operation going when the transitional crop is losing money. Loans, savings, and, for some, state grants are typical sources of cash.

“I think if they can do some planning, knowing what’s ahead during those three years of transition and beyond, then they can adequately prepare for that financial crunch,” she said.

For those who make it, the payoff can be huge. Organic is the fastest growing sector of the food business and production is not keeping up with demand, according to the Organic Farmers’ Agency for Relationship Marketing, a Wisconsin-based organic marketing co-op.

“The organic market is projected to grow at least 14 percent a year for the next three years,” said John Bobbe, the group’s executive director.

Strong demand and short supply make for fat prices. Kerkaert said his farm has seen the reward for the difficulties he overcame converting his fields.

“It takes some intense management to do the organic, but in the end you can make a living and profit off of it,” he said.

Kerkaert said it helps to view the red ink as temporary and a good bet for the long haul.

“It’s investing for the future.”