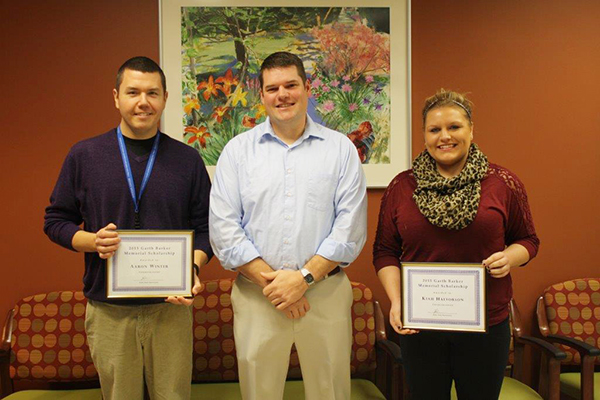 The 2015 Garth Barker Memorial Scholarship recipients were recently announced. According to a press release, the recipients are Kiah Halvorson and Aaron Winter.

Halvorson, of Lanesboro, is pursuing a licensed alcohol and drug counseling degree from Winona State University; and Winter is pursuing the same degree online at The University of South Dakota, in Vermillion.

The Garth Barker Memorial Scholarship Fund was established both to honor Barker, who passed away in 2007, and to assist students pursuing a career in chemical dependency counseling.

According to a press release, funds raised at the annual “Bikes for Barker” event, set for June 25 support the fund.

Barker was director of Fountain Center of Albert Lea from 1990 to 2007.