Gordy was born Oct. 14, 1924, in Okabena, to Theodore and Mabel Groff. Gordy was united in marriage June 8, 1945, to Janet Christensen of Alden. They have a daughter, Rita (Bill) Phillips of Elk River. 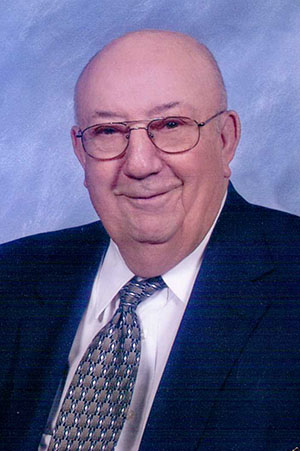 Gordon is survived by his wife of 70 years, Janet; daughter, Rita, and husband, Bill Phillips; granddaughters Nicole (Matthew) Klein and Michelle Anderson; five great-granddaughters, Madison, Ava, and Jocelyn Klein and Makayla and Paige Anderson, all of Elk River,. He is also survived by a brother, Rodney Groff; two sisters, Elaine Lesch (LeRoy) and Judy Peters (Dale); and many nieces and nephews.

Gordon was preceded in death by his parents Theodore and Mabel; and his brother, James Groff.

A memorial service will be at 11 a.m. Thursday at Abiding Savior Lutheran Church, 12942 – 193rd Ave. NW, in Elk River. Visitation will be one hour prior to the service at the church. Internment will be at 2 p.m. at Bailey Station Cemetery in Big Lake.

In lieu of flowers the family requests memorials be given to Abiding Savior Lutheran Church.  Arrangements are with Dares Funeral Home.