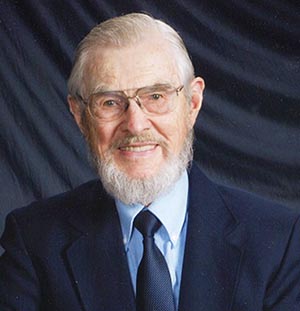 Harold was born July 24, 1918, the son of Reinert and Ragnhild (Kvelland) Lura on the family farm in Brush Creek Township. Harold was baptized on Sept. 22, 1918, and confirmed June 19, 1932, at Bricelyn Lutheran Church, where he was a lifetime member. Harold was inducted into the United States Army on Dec. 2, 1941, and was honorably discharged Nov. 4, 1945. On Sept. 16, 1950, he was united in marriage to Shirley Ann Akemann in Bricelyn. To this union four children were born.

Harold and Shirley farmed many years northeast of Bricelyn. In March 1964, Harold was elected Brush Creek Township Clerk and served until 1984. Besides farming, Harold worked 12 years at the Bricelyn Meat Market. He also worked part time at the Bricelyn Post Office and subbed on the mail delivery route. He was active in his church and served as Sunday school superintendent and served on the church council. Harold was a member of the Nels Lee Post 165 in Bricelyn, where he served as commander, chaplain and sergeant at arms. Harold enjoyed playing his accordion, visiting with people, reading, watching old movies and keeping track of old movie stars. He liked listening to music from the 40s and sharing stories with family and friends. Harold enjoyed participating in community plays and performed most of his own stunts. Harold remembered the date and place of every event in his life and what the weather was too.