Hutchison to retire after 23 years as department leader 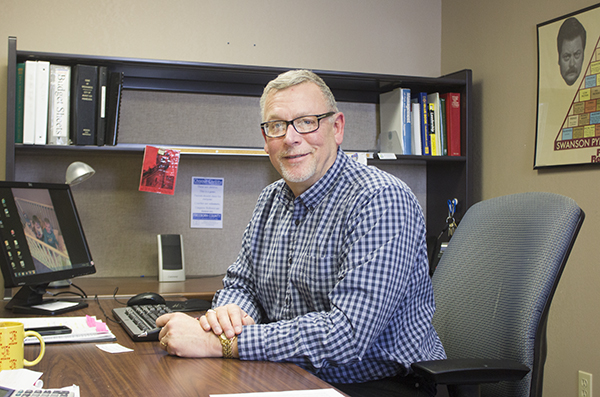 The longtime director of the Albert Lea Parks and Recreation Department will retire later this month.

Jay Hutchison, 62, has served for nearly 23 years as director and will retire Feb. 26.

Since taking over as director in 1993, Hutchison said he is proud of the number of projects he has overseen:

Replacement of all playground equipment in the city

Replacement of the Edgewater band shell

Installation of a second sheet of ice at City Arena

Remaking of the city’s swimming pool into the Albert Lea Aquatic Center.

Hutchison said he was proud of the project. It turned a standard swimming pool into more of a customer-friendly, interactive swimming pool that gave customers more opportunities.

Installation of three disc golf courses in town, along with soccer fields.

Construction of the Pioneer Park shelter.

Hutchison said he is proud to work together with different community service groups on the project.

He said he’ll miss the people he’s worked with, including what he cites as an excellent staff, in retirement. His favorite part of his position is seeing people enjoy the final product of projects conducted under his watch.

Hutchison is a Clear Lake native who attended Iowa State University. He was the parks and recreation director for Forest City for 13 years prior to moving to Albert Lea.

In retirement, Hutchison plans to move to the Des Moines area to be closer to his family. He plans on traveling at first and chasing his grandchildren.

Although he plans on leaving soon, Hutchison expressed appreciation and said he loved living here.

“Karen and I have enjoyed being part of this community for 22 years, raising our kids here,” Hutchison said.

He said he is also grateful for the community support for his job.

“I’ve always appreciated the support of the community for their parks and recreation activities,” he said.

The city has not announced its plans for Hutchison’s replacement or the department.