Memorial services for James “Jim” I. Wendt, of Albert Lea will be at 2 p.m. Wednesday at Our Savior’s Lutheran Church in Albert Lea. The Rev. James Kassera will officiate.

Friends may visit with family one hour before services at the church. Interment will be at a later date at Hillcrest Cemetery. 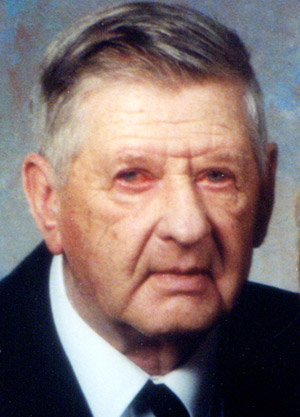 Jim graduated for Albert Lea High School with the class of 1949 and spent his life working in the construction industry. He later became the business agent for Local No. 68.

Jim was the first union member of Local No. 68, now known as Local No. 405, to receive recognition as being the first 50-year member ever. Jim married Marilyn (Moe) Arthur on Dec. 1, 1967, at First Lutheran Church chapel in Albert Lea.

He was a very good bowler, bowling for many years on different leagues.

Jim loved to make things out of wood, tinkering on cars and yard work.

He was preceded in death by his parents Ervin and Clara Wendt; his in-laws Clarence and Anna Moe; and two sons, Michael Arthur, in infancy, and Mark Arthur.