Funeral services for John W. Krueger, 55, of rural Alden will be at 3 p.m. Saturday at Concordia Lutheran Church of Pickerel Lake. The Rev. Wendy Anderson will officiate. Interment will be in Pickerel Lake Cemetery. Visitation will be from 4 to 8 p.m. Friday at Bayview/Freeborn Funeral Home and one hour prior to the service at the church. Online condolences are welcome at www.bayviewfuneral.com. 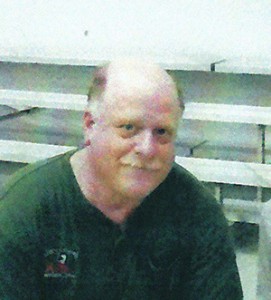 John William Krueger was born Aug, 2, 1960, in Albert Lea, the son of Henry W. and Hilda (Fogel) Krueger. He was baptized and confirmed at Concordia Lutheran Church of Pickerel Lake, where he had been a lifelong member. John graduated from Alden-Conger High School in 1978. He began farming the Krueger family farm after high school. On Nov. 11, 1989, John was united in marriage to Lynn Osmundson at St. John’s Lutheran Church in Mapleton. John worked as the chief of maintenance for Alden-Conger Public Schools. He served on the Alden Township board for many years. He was a member of the Albert Lea Rifle and Pistol Club. John enjoyed smoking meats and barbecuing. He liked watching NASCAR and enjoyed playing on the church dartball league for many years. Blessed be his memory.

John was preceded in death by his parents Henry and Hilda; his mother-in-law, Benita Osmundson; his grandparents; uncles; and aunts.