On the morning of Thursday, Feb. 4, 2016, John Roscoe passed away peacefully at his Longville home after a three-year battle with colon cancer. John was 78. 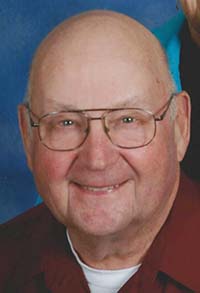 John Thomas Roscoe was born June 4, 1937, in Albert Lea. He was the oldest son of Floyd and Violet Roscoe. John and his brother, Robert, enjoyed hunting and fishing in their childhood along with their father.

In 1956 John enlisted in the Navy and toured on the USS Frontier AD-25 working as a machinist. Upon discharge from the Navy, John worked as a salesman for Ralston Purina, Supersweet Feeds and Westway Trading. The tool-and-die experience learned in the Navy was then put to use when John developed a drain valve for Cessna Airplanes. He gained approval from the Federal Aviation Administration to manufacture the part.

John’s love of aviation led him to receive his pilot’s license. He achieved the FAA designated engineering representative and manufacturing inspection representative title. In these esteemed roles, he had the authority to approve or recommend approval of technical data to the FAA. With his A&P license, he was enabled to perform aircraft repairs. He was also licensed as a Minnesota aviation maintenance technician, for which he conducted airplane inspections.

As an inventor and visionary, John, along with his wife, started Safe Air Repair, a machining business that began in the basement of their home. Champion airplane parts were manufactured and sold worldwide. The business expanded beyond aircraft parts with custom machining and metal fabrication and grew from two employees to 45. A Certificate of Commendation from the state of Minnesota was awarded to Safe Air Repair for its outstanding contribution of manufacturing to the Minnesota community. The business was sold and is now known as SAR Manufacturing.

In 1958 John married Sandra Arneson, and they lived in Albert Lea until their retirement in Longville. John was an active fisherman and hunter. He was a member of the Longville Foundation, the Woodtick Wheelers, the Inguadona Lake Association and Longville Snowmobile Club. It was enjoyable for him to participate in snowmobile and ATV safety training classes for youth. He had a lifetime membership in the Veterans of Foreign Wars and was a member of Hackensack American Legion Post 202. He was president and treasurer of The Arc of Freeborn County and also a board member of The Arc of Minnesota.

He was preceded in death by his parents and son, Jim.

A celebration of John’s life will be Saturday at Salem Lutheran Church in Longville. Visitation will begin at 10 a.m. with the celebration service starting at 11 a.m. Burial will be in Albert Lea at a later date.

The family is forever grateful to Heartland Hospice for the loving care provided.

John’s motto for life came from his years in the Navy: “Can do,” and he lived up to that.

Arrangements are with Kline Funeral Home in Pine River.