Kari Out Wine and Spirits to unveil new look 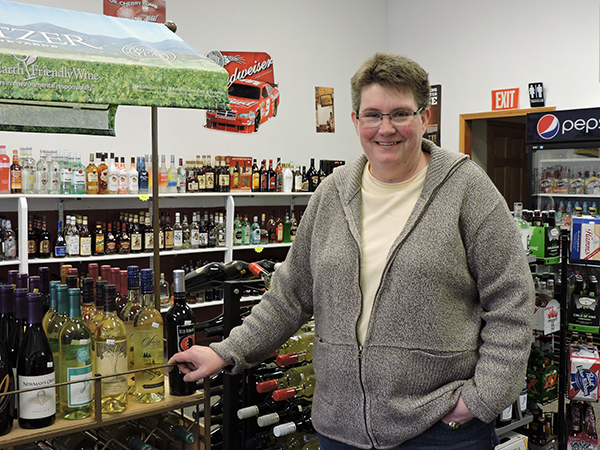 LAKE MILLS — An area business will soon be getting a makeover.

“I am in the process of working with some friends of mine to kind of do a store facelift,” she said. “We’ve kind of slated that for some time in March so we’re looking at — maybe the first part of April — doing kind of an unveiling of the new look of the store.”

A couple items on the agenda for the makeover will be repainting to freshen things up a bit and a new focal piece for the store.

“Some friends of mine have put together a great Pinterest project that’s going to be kind of a unique deal,” Jacobson said.

Jacobson has owned the establishment since late last June when she bought it from W J’s Liquors upon returning to the area. 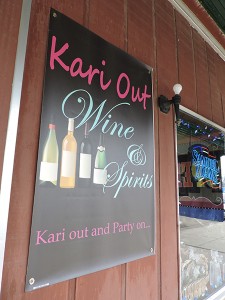 Jacobson, a Kiester native, had worked in Lake Mills from about 1982 to 1994 at Fleetguard.

She had lived in the town for a couple of years and was happy to return after living in Duluth. Coming back means being closer to her parents and having the opportunity to reacquaint herself with the community and those in it.

“I’m familiar with the area,” Jacobson said. “I’ve got a lot of friends that I’ve now reconnected with after many years, so it’s been kind of fun to come back.”

Jacobson was originally looking into starting her own business upon her return — possibly a wine brewing company — but as an accountant she didn’t get the numbers to roll. Instead, she purchased the established liquor store and looks to possibly expand the products into wine and beer kits in the future.

Jacobson strives to provide the best customer service while acknowledging the need to be competitive. One of the ways she tries to set herself apart from others in the area is by carrying Stella Rosa wine, which is a specialty in her store. She also carries a wide variety of craft beers.

“I strive to get things in that people want that they would normally drive out of town for,” Jacobson said. “I am a small business owner, which isn’t always the easiest job. I just want people to know that what they do for the small businesses in town is important because we’re not the big conglomerates. The money that is made in this business stays in this community, in this area.”

To keep up to date about future events at the liquor store including wine tastings and product samplings, see Kari Out’s facebook page.