Funeral services for Leona M. Sauer, 94, of Albert Lea will be at 1:30 p.m. Thursday at Bayview/Freeborn Funeral Home. The Rev. Kent Otterman will officiate. Burial will be at Alden Cemetery. Visitation will be one hour prior to the services at the chapel. Online condolences are welcome at www.bayviewfuneral.com. 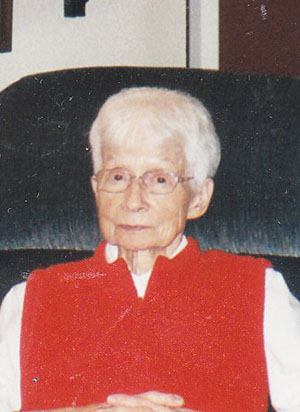 Leona Mae Sauer was born May 26, 1921, in Alden Township, the daughter of Henry and Delia (Hegberg) Schaudt. She attended and graduated from Alden High School and then attended Hamilton Business School. Leona was a bookkeeper for several automobile dealerships in the area and retired as the office manager from Albert Lea Freezer Warehouse. On April 29, 1943, she was united in marriage to Orville Sauer in Walters. The couple enjoyed traveling to many different states, taking casino trips, wintering in Texas and spending the summer in Grand Marais. Leona enjoyed reading and spending time with her family. She was a member of Salem Lutheran Church.