Memorial services for LeRoy Charles Everhard, 78, of Albert Lea will be at 11 a.m. Thursday, at Ascension Lutheran Church. The Rev. Mark Boorsma will officiate. Friends may greet the family one hour prior to the service at the church. Bayview/Freeborn Funeral Home is assisting the family. Online condolences are welcome at www.bayviewfuneral.com. 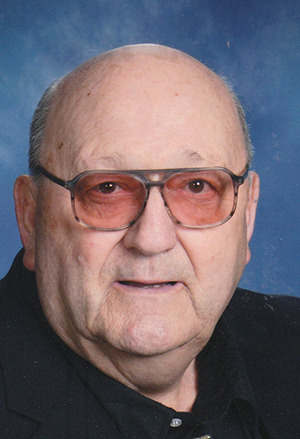 LeRoy C. Everhard was born Nov. 11, 1937, in rural Iowa, the son of Edward and Helen (Zinnel) Everhard. He grew up in various places in Iowa having moved multiple times, attending various schools through eighth grade. LeRoy was united in marriage to JoAnn Robinson on Aug. 30, 1958, at Grant Lutheran Church in Thompson, Iowa. He later received his general education degree. He was a plant foreman and worked maintenance at Farmstead and Streater. LeRoy enjoyed visiting with friends and family, especially with coffee groups at McDonald’s and lunchtime at Semcac. He was a member of Ascension Lutheran Church, where he enjoyed serving as a greeter. Thank you to everyone.

LeRoy was preceded in death by his wife, JoAnn, in 2011; his parents; his mother and father-in-law; three brothers, Ray, Harvey and Junior Everhard; and sisters-in-law.