Memorial services for Leslie E. Honstad, 70, of Freeborn will be at 11 a.m. Monday at Cross of Glory Lutheran Church in Hartland. The Rev. Mark Hillmer will officiate. Military honors will be accorded. Interment will be at West Freeborn Cemetery at a later date. Friends may greet the family one hour prior to the service at the church. Bayview/Freeborn Funeral Home is assisting the family. Online condolences are welcome at www.bayviewfuneral.com. 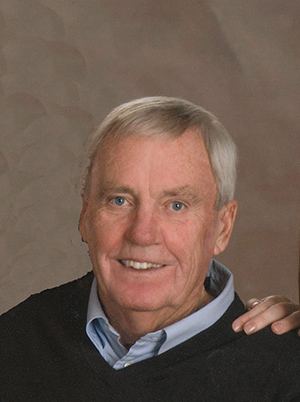 Leslie E. Honstad was born May 25, 1945, the son of Otis and Erma (Engelby) Honstad in Amarillo, Texas. He grew up in Frost and then moved to Freeborn, graduating from Freeborn High School in 1963. Les entered the United States Air Force from 1964 to 1968, serving in Vietnam. On April 18, 1969, he married Sonja Ausen at West Freeborn Lutheran Church. Les attended school at Brown Institute. He and Sonja lived in Cottage Grove before settling in Edina for 27 years. Les worked in electronics sales for many years and later co-owned OHMS Technology until he retired in 2005. He went on to sell Harper Brooms in his retirement and moved back to Freeborn. He also helped his brother-in-law with farming, which he loved. Les was a member of West Freeborn Lutheran Church, where he served as an usher. He was also a member of the American Legion and the Wells Veterans of Foreign Wars. He volunteered for True Friends, formerly known as Camp Courage. Les enjoyed spending time with his grandchildren, children and close personal friends. He loved country and western music especially Willie Nelson, along with traveling, especially trips to Norway. Les loved running and golf. He completed over 30 marathons and a Leadville 100 mile ultra-marathon and was a member of the American Lung Association Running Club. Les will be remembered for his wonderful sense of humor and ingenious pranks.

Les was preceded in death by his parents Otis and Erma.