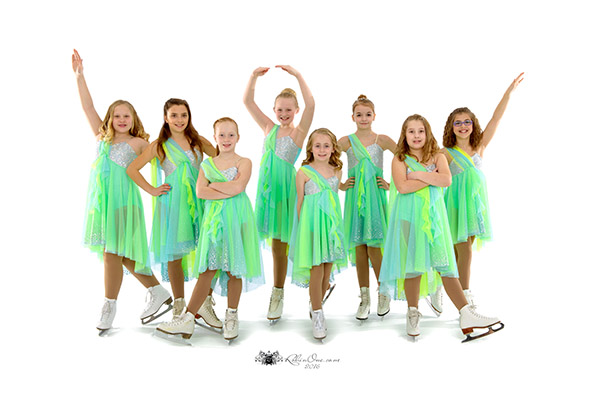 There will be popcorn, great theme music and plenty of skating action at the Albert Lea Figure Skating Club’s 55th annual show, “Lights! Camera! SKATE!” March 5 and 6 at Albert Lea City Arena. The Saturday show will start at 7 p.m. and the Sunday show at 2 p.m.

This year’s movie theme will feature more than 50 skaters in almost 40 numbers. The audience can expect to see a variety of acts, including five groups of basic skills skaters, along with trios, duets, features, solos and artistic groups.

“The show is going to have many recognizable songs that should trigger so many great memories,” said Carol Linde, club president. “We are also blessed to have a dance team on Saturday and a synchronized skating team on Sunday perform as our guest skaters.” 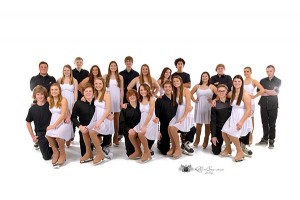 The show kicks off with 20 freestyle skaters performing to “We’re All in This Together” from the movie “High School Musical.” Always a crowd favorite, this year’s boy-girl number will skate to “I’ve Had the Time of My Life” from the iconic movie “Dirty Dancing.” The “Ghostbusters” crew will even make an appearance.

Other highlights include the senior showcase to “You’re Going to Miss This” and solos by 12th-graders Nikki Bos, Marissa Mortenson and Emma Tewes.

Bos, daughter of Darryl and Shelly Bos, will graduate from Albert Lea High School in June. She has been skating for 10 years, all with the Albert Lea club. Off the ice, she is involved with yearbook, link crew, choir, chorale and works at Rob’s Gourmet Greens in Hollandale. She plans to attend the University of Wisconsin- River Falls in the fall and major in business administration.

Tewes, daughter of Bob and Patty Tewes, will also graduate from ALHS this spring. She has skated for 11 years, all with the Albert Lea club. Her other activities include soccer, church, band, choir, chorale and National Honor Society. She plans to attend Luther College this fall and major in music education with a minor in Spanish.

Mortenson, daughter of Holly Hunnicutt and Don Mortenson, will graduate from NRHEG this spring. She has skated with the Albert Lea club for eight years. In addition to competing at the Bend in the River skating event in Mankato, she has participated in cross country, track and horse shows. She plans to major in marine biology at the University of Minnesota-Twin Cities or St. Cloud State University. Mortenson also plans to continue skating. 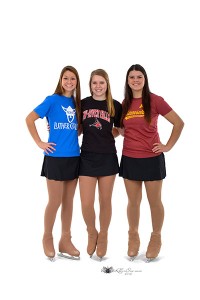 The Albert Lea club is the largest of its type among Owatonna, Austin and Mason City. The talent in the skating club reaches beyond Albert Lea, with members from Iowa, New Richland, Hayward, Alden and other towns.

“Our skaters have worked very hard this season to improve their skills and give the community a great show,” Linde said.

Look for more information at www.alfsc.org or on the club’s Facebook page.