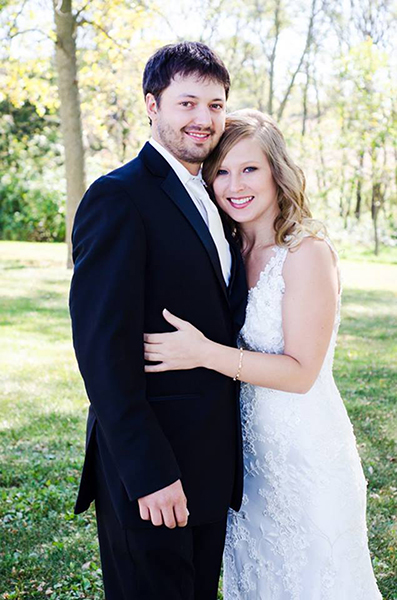 The bride is a 2005 graduate of Alden-Conger High School and a 2014 graduate of Riverland Community College, where she majored in liberal arts. She is employed in human resources at Gerard Academy.

The groom is a 2009 graduate of Albert Lea High School. He is employed as an IT technician.

The bride is the daughter of James and Rella Loyd and the granddaughter of Muriel Berry.

The groom is the son of Jon Hansen and Angela Hansen and the grandson of Ron and Nancy Hansen and Dennis and Janelle Potter.