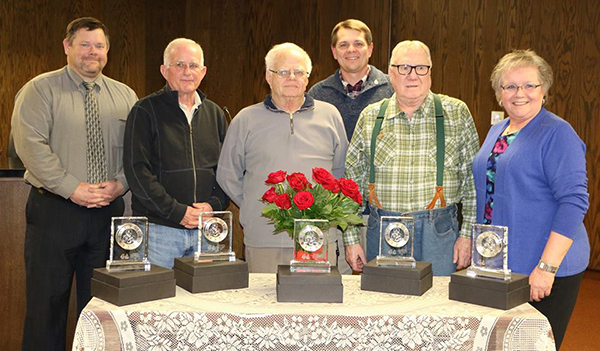 Volunteers were nominated in five categories:

Jeff Strom: Volunteer
of the Year

Rasmussen said Strom was awarded for helping residents who are in need with varying projects, including lifting items, cutting down trees and performing other tasks.

Rasmussen said Pratt was awarded for the contributions he made in his neighborhood.

Rasmussen said Olson was awarded for his efforts with Senior Resources of Freeborn County. The mayor said Olson has logged more than 250,000 miles over the course of his lifetime for the organization.

The mayor said Kaderabek was awarded because of his positive contributions to Albert Lea and his promotion of the community through spreading the word about the benefits of the community.

Rasmussen said Ahern was awarded for her efforts at Senior Resources in assisting clients and making them feel comfortable.

The mayor received nominations from members of the community and selected the winners based on the ones he thought were most deserving. He said he received a handful of nominations.

“It’s been a great community program,” he said.

He plans on honoring more volunteers later this year and advised anyone looking to nominate a volunteer to call 507-377-4330 or visit the city’s website.