Memorial services for Merle “Dean” Hovland, 72, of Albert Lea will be at 1 p.m. Monday at Bayview/Freeborn Funeral Home. The Rev. Don Malinsky will officiate. Friends may greet the family one hour prior to the service at the funeral home on Monday. Online condolences are welcome at www.bayviewfuneral.com. 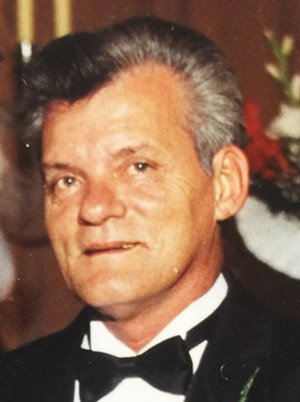 Merle “Dean” Hovland was born to Merle Dean Kaster and Helen Mae (Torgeson) on July 18, 1943, in Austin. His mother, Helen, and his father, Juan Hovland, adopted Dean and raised him in Albert Lea, where he attended school. After school he proudly joined the Army National Guard and attended the Minnesota West Community and Technical College in Pipestone, completing the meat processing program.

He married his beautiful wife and the love of his life, Jean Marie Saltou, Aug. 6, 1965, at First Lutheran Church in Albert Lea. Shortly after starting a family, Dean and Jean moved to Loveland, Colorado, where he was employed by the city of Loveland, and later to Estes Park, Colorado, where here was a butcher. After many years Dean and his family moved back to Albert Lea to be closer to family, and he was employed at Wilson & Co. Although he returned to Minnesota, his heart belonged in Colorado, and he took many trips back to his favorite place.

Family was the most important thing in his life. He was very proud of his wife and kids and later in life — he was even more proud of his grandchildren. They were the center of his universe. He never missed an opportunity to spend time with them (even if it meant going to the park three times a day). If they were happy, he was happy.

Dean was a true Minnesota Vikings fan, and he looked forward to attending Vikings training camp with his kids. Malinsky will be use Bible at the service once owned by Bud Grant. Dean enjoyed family get-togethers, playing cards, watching and feeding the birds, but above all he enjoyed spending time with his wife, children and grandchildren. He was one of a kind with a gift for gab, a heart made of gold and terrible jokes that always made you laugh.

Dean was preceded in death by his wife, Jean Hovland; his parents Juan and Helen Hovland and Merle Kaster; father and mother-in-law Roger and Arlene Saltou;

His family extends a very special thank you to all of Dean’s friends and family at St. John’s Lutheran Community.