Funeral services will be at 10:30 a.m. Wednesday at Salem Lutheran Church in Lake Mills. The Rev. Melinda McCluskey will officiate.Visitation will be from 5 to 7 p.m. today at Mittelstadt Funeral Home, 902 E. Main St. in Lake Mills and again one hour prior to the service at the church. Military honors will be provided by Lake Mills Otto/Chose American Legion Post No. 235. Burial will take place at Salem Lutheran 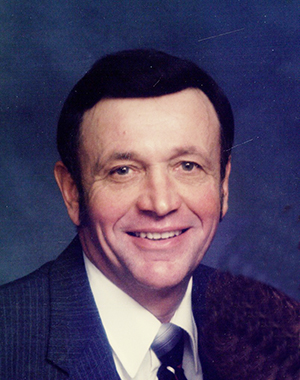 Mylan Dwain Johnson was born on March 27, 1932, in Lake Mills, the son of George J. and Mabel Irene (Gilbertson) Johnson. He was baptized at Zumbrota Lutheran Church in Rochester and confirmed at Salem Lutheran Church. He attended country school at Norway No. 6 Midlang and graduated from Lake Mills High School in 1950.

He served his country during the Korean War in the Army from 1953 to 1955, based in Anchorage, Alaska.

On Nov. 11, 1956, he was united in marriage to Lois Knudtson at Winnebago Lutheran Church. Together, they dairy farmed and raised two children, Daniel and Denise. They were also honored to have been Godparents to 10 other children.

Mylan loved his family, loved farming and caring for his animals. He enjoyed reading, square and ballroom dancing, and drinking coffee with his friends.

He was an active member of his church, served 33 years on the Lake Mills Coop Creamery Board, served on the Farmers Coop Elevator Board, Winnebago County Farm Bureau Board, was Winnebago County Republican Chair, Norway Township Clerk and was an active member of the Lake Mills Otto/Chose American Legion Post No. 235 honor guard.

He was preceded in death by his parents and one brother, Lowell Johnson.