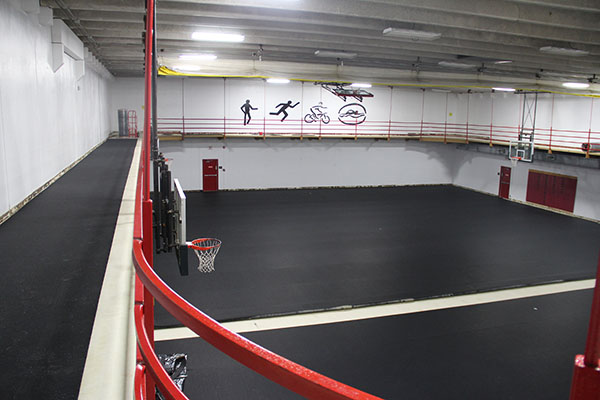 New flooring at the Albert Lea Family Y is slated to be completed by the end of February. Shown is the layer that acts as padding. – Sarah Stultz/Albert Lea Tribune

By the end of the month, the Albert Lea Family Y is slated to have a new gym floor and track.

The previous floor, which Executive Director Dennis Dieser said had been in place since 1978, was getting slippery and was in need of replacement.

The whole project is expected to cost about $73,000, and the organization is still looking to raise about $6,000.

Dieser said he has been pleased with all of the people and businesses who have donated thus far. One business donated $2,500, and a local couple donated $5,000, to name a few. 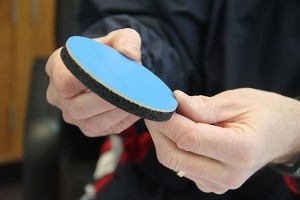 The new floor is expected to be better for walkers, runners and others engaged in exercise as it provides a padding with more support, Dieser said. He said it should feel better for people’s backs and knees.

Dieser said the changes are timely and will help the organization’s specialty and community programs.

“To wait, the floor would get worse and worse,” he said.

The gym houses all sorts of activities, including basketball, soccer, volleyball and pickleball, as well as open gyms, among others.

Lines will be painted on the dark-gray-colored floor for the main sports, including basketball, volleyball and pickleball. The lines for each sport will be a different color.

He said even though the Albert Lea Family Y is not able to have the gym and track open while the upgrades are being made, he and other leaders hope that when the floor is done, it will attract more users.

The floor is also more eco-friendy than the previous one, in that it does not have to be waxed. To clean the floor, the staff will simply use water, Dieser said.