The forum came as the Watershed District’s board of managers this morning was slated to vote on a request for an extension of the tax. 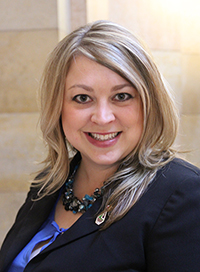 The half-cent tax on every dollar of taxable retail sales in Albert Lea would last either 15 years or until it collects $15 million for the dredging of Fountain Lake and other projects. It was initially approved by voters in 2005.

Laura Lunde, president of Albert Lea Lakes Foundation, expressed her support for the renewal of the sales tax.

“Let’s capture the next 10 years of momentum,” Lunde said.

She said Watershed District efforts at the state level have been impressive and the district is held in high regard statewide.

“I’m excited about this,” she said.

Lunde said the Watershed District is doing its due diligence in communicating to the public what projects have been completed.

Albert Lea-Freeborn County Chamber of Commerce Executive Director Randy Kehr expressed the chamber’s support of the sales tax renewal and said not renewing would be detrimental to the community.

If the Watershed District approves the request, final ballot language will be left to be set by the city of Albert Lea. The city also needs to hold a public vote and gain state approval before the sales tax is renewed.

Albert Lea resident Gary Hagen said he’s interested in clean water and clear lakes but said the Watershed District needs to be accountable to the City Council and taxpayers.

Hagen requested if a renewal referendum takes place that it be held with this year’s general election in November, instead of in a special election.

The sales tax renewal could be on November’s ballot, but the request could also go the Legislature in 2017 and be put on the ballot in late summer to fall 2017.

Shell Rock River Watershed District Director of Field Operations Andy Henschel provided an overview of the district’s history and said the sales tax has leveraged roughly $25 million for the district.