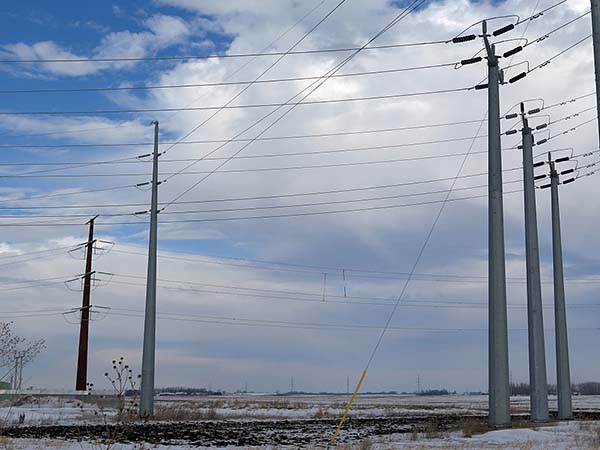 The planned site of a solar farm near Chuck Muller’s home near Marshall. Muller and others oppose the plan. — Mark Steil/MPR News

Solar energy may be a vital piece of southwest Minnesota’s future, but right now Chuck Muller is more concerned about the present.

Muller’s among the most vocal critics of a massive 270-acre, $100 million solar farm being planned now near his home outside Marshall. He and other families nearby contend the project is too big, would lower property values and destroy the region’s rural character.

They’ll take another shot to stop it on Thursday when the project comes before the Minnesota Public Utilities Commission. So far, though, he and other opponents haven’t had much luck convincing state regulators to agree with them. An administrative law judge has recommended that the PUC issue a permit for the project.

“That’s where it gets just real discouraging and hard to deal with,” Muller said in a recent interview. “There’s got to be other sites. Somebody’s got to hear that and believe that.”

Solar energy has grown increasingly popular in Minnesota. A state mandate calls on major utility companies to produce 1.5 percent of their power from solar sources by 2020. Right now they’ve added only a small fraction of the capacity needed to satisfy the mandate. The power from the proposed solar farm will go to Xcel Energy, so it’s a crucial piece of the utility’s plan.

The project should be stopped based on a regulation designed to safeguard farmers and Minnesota’s agrarian heritage, said Court Anderson, an attorney hired by Muller and his neighbors to present their case to the PUC.

“The primary issue with my clients really is the prime farmland issue,” Anderson said.

Anderson cited a state rule restricting the amount of prime farmland that can be taken for electric power generation. The limit is one half acre per megawatt of capacity. Anderson argued that means the 62 megawatt Marshall facility should be limited to just over 30 acres, not the 270 envisioned.

The company building the project said Anderson is ignoring another part of the state rule. That provision nullifies the acreage restriction — if there’s no other feasible and prudent option.

“There is no prudent or feasible alternative for this project that does not also use prime farmland,” said Steve Stengel, with NextEra Energy, a subsidiary of Florida Power & Light.

Just how the PUC interprets the “feasible and prudent” language may decide the fate of the Marshall project.

Stengel said an alternative site must be prudent economically. Xcel chose the Marshall proposal because of lower construction costs, he argued. The current site is right next to a major transmission line and an electrical substation, so it won’t cost much to hook up the solar panels to the grid.

“This project was selected from over 111 projects, because it was cost effective for customers,” Stengel said.

The state rule that both sides cite says economic considerations alone do not justify taking more prime farmland. Project opponents said there are plenty of sites near substations around the state that are not situated on prime farmland.

Muller and other opponents said there’s a lot at stake for Minnesota farmers outside of southwest Minnesota. The Marshall decision, Muller said, will set a precedent on using farmland for future energy projects.

“If they give this permit to NextEra to put up this solar facility, they have gave our state away,” Muller said. “There’s no way they can deny anyone else that would want to do this.”