FORT MYERS, Fla. — Joe Mauer has always been a big hit in Minnesota — from local prep sensation to six-time major league All-Star, a three-time batting champion and an AL MVP during a playoff season. Plus, fittingly, he and his wife are parents of twins.

When he signed an eight-year deal worth $184 million in March 2010, it virtually guaranteed Mauer would finish out his career with the hometown Twins. 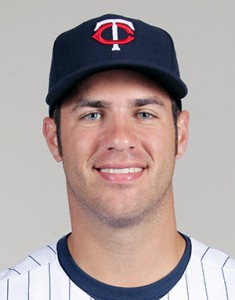 But the face of the franchise, who turns 33 in April, hasn’t been the same since a concussion in 2013 forced a move from catcher to first base.  He went on the seven-day disabled list that August after taking several foul balls off his mask and missed the final 39 games of the year. The Twins announced that offseason that Mauer would make a permanent move from behind the plate.

Entering his 13th big league season, and reporting three days before Minnesota position players were due, Mauer said he feels as good as he has in a long time.

“I’m excited about the progress I’ve made in the last two years,” Mauer said. “I’m feeling great and I’m excited to get out there and prove that.”

Mauer, who has worn contact lenses since he was a high school sophomore,  experienced blurred vision in the past and has said he will experiment with hitting with sunglasses this spring.  But he also said the vision problems occurred at other times.

“It wasn’t just day games. It was unpredictable,” he said. “That was part of the frustration. There were some good days, too.”

“If there is a message today, I want to tell people how good I feel and how far I’ve come. I’m just trying to move forward and there are a lot of things to be excited about. For me, personally, I’m real excited about my year and moving forward,” he said.

Mauer is encouraged remembering that Justin Morneau, his good friend and former teammate, won a batting title with the Rockies in 2014, three years after suffering a concussion.

“It’s the same case,” Mauer said. “We talk quite a bit. We are very close, and he was a good person to lean on with some of the things that I experienced. When he experienced it, I was trying to relate and couldn’t really relate. Well, I know a lot of what he was talking about.”

The Twins are encouraged.

“Joe’s progress from the concussion situation he went through is obviously a process,” manager Paul Molitor said. “The way the brain is so complex, people respond differently with the way they deal with it.”

“But what he has given me is that he feels really good. Last year, he told me felt really good and last year was an improvement on the year before. And he says this year coming in it’s better than last year,” he said.