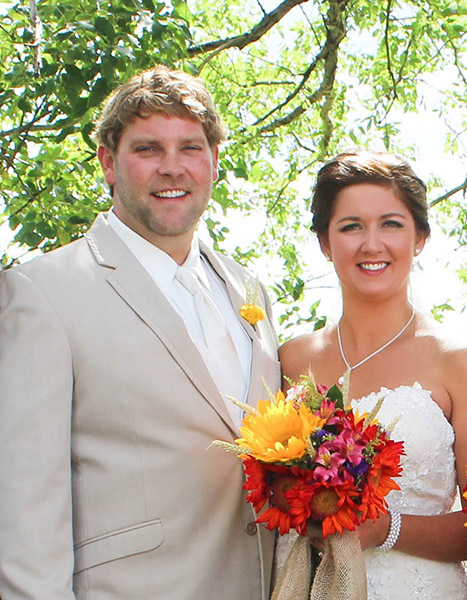 Jessica Wayne and Matt Nielsen, both of Austin, were married Sept. 12, 2015, in Albert Lea. The Revs. Matt Griggs and John Mitchem officiated.

The bride’s stepsisters are Taylar and Alexis Tieskotter and Tess Heyer.

The bride is the daughter of Rodney and Dana Wayne of Geneva and Barb and Kipp Heyer of Geneva, and the granddaughter of Shirley Jensen of Albert Lea and Roger and Joyce Wayne of Geneva. She is a 2008 graduate of NRHEG High School and a 2014 graduate of Rochester Community College. She graduated with an associate degree in applied science and is a veterinary technician.