A memorial service for Wesley E. Jellinger will be at 2 p.m. Saturday at the Bonnerup Funeral Service chapel in Albert Lea. The Rev. James Kassera will officiate.  Visitation will be one hour prior to the service. Interment will follow at Graceland Cemetery.  Military honors will be performed by Freeborn County veterans organizations. 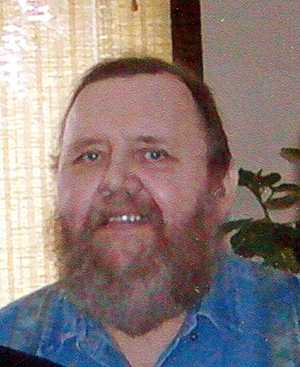 Wesley E. Jellinger was born Aug. 16, 1946, in Albert Lea. He was baptized and confirmed into the Lutheran faith in Albert Lea. He attended Albert Lea schools and later graduated from Carl Hayden High School in Phoenix. Shortly after graduation, he served his country and became a member of the United States Navy. He served in the Vietnam War on the USS Terrell County.  He was honorably discharged in 1970. He started his working career in California and Arizona, where he ran a painting business. He later moved to Ohio. In Ohio, his life became much more meaningful when he took a position as an instructor for the adult mentally disabled. He made lifelong friendships at this job, with many of his students still writing him letters up until the time of his death. He moved back to the area around 2002.

Wesley was a member of the American Legion and Veterans of Foreign Wars. In his free time he enjoyed woodworking, often times making and selling wooden toys.  Wesley could be described as a jokester; he liked to play practical jokes on his friends and family. He always had fun and enjoyed whatever he was doing. He was thoughtful, kind and very generous.

He is preceded in death by his mother, Glorian Jellinger; an infant brother, Loren Bryce; two nephews; and many aunts, uncles, and cousins.

He is survived by his sisters Jeannie Grubbe of Arizona, Kristie Steffanni of LeRoy and Loreen Pfeifer of Arizona; aunts JoAnn Green of Albert Lea, Donna Arneson of Arizona and Dale (Barb) Flo of LeSuer; good friends Kathy Shepherd of Ohio, Bernie Nippo of Ohio and Jerry Schwemmler of Alden; his big happy cat, Thunk; as well as a numerous nephews, nieces and their families.