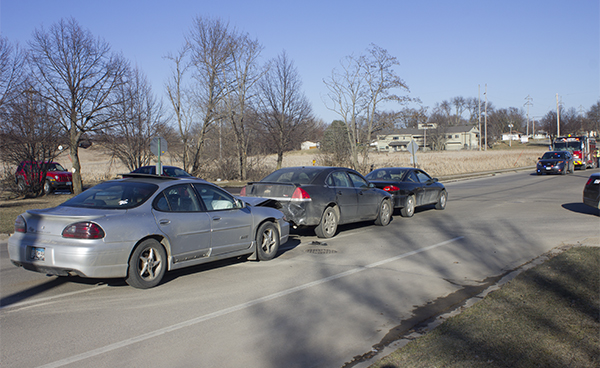 Three people were transported to the hospital after a rear-end collision involving three vehicles Thursday afternoon at the intersection of Maplehill Drive and Front Street in Albert Lea.

Deno reportedly sustained not life-threatening injuries and Evan and Ava Fure were transported with possible injuries.

The crash occurred shortly before 4 p.m.

No injuries were reported to Fuller or her passengers Kadence Springsteel, 7, Kasch Stahl,2, and Ashley Louise Stahl. 27.

No injuries were reported to Janssen or her passengers Jesse Delossantos,4, Jaxson Delossantos,2 and Jayden Delossantos, who is less than 1-year-old.

Albert Lea resident Matt Stahl said he was at home when he received a call from his wife, Ashley, who was involved in the accident.

Stahl said he raced to the scene and was thankful that his wife and two children, Kash and Kadence, weren’t seriously injured. 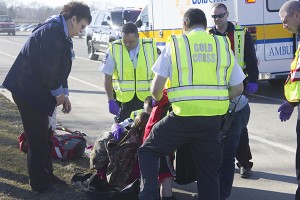