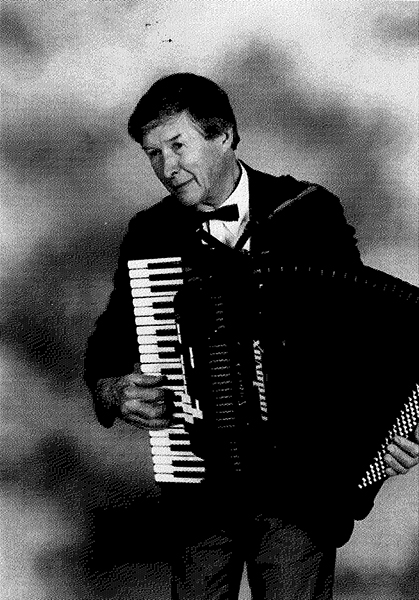 Ray Sands and the Polka Dots will perform at the Marion Ross Performing Arts Center on Saturday. – Provided

An old-time polka band that originated 67 years ago will perform next Saturday at the Marion Ross Performing Arts Center.

Ray Sands and the Polka Dots has played in Europe, at the Kennedy Center in Washington, D.C., and on Garrison Keillor’s “A Prairie Home Companion” in Zumbrota and Rochester, as well as at county fairs in Steele and Goodhue counties, among others.

“Be prepared for some good variety of music,” Sands said.

Sands, now 85, got started with music as a child when he begged his father to buy him an accordion. When he was 9 years old, his wish came true.

At the age of 11, he was in a family band with his brother and sister, and he played in that band until he was about 17. At about that time, Ray Sands and the Polka Dots was forming. Now, 67 years later, he is the only original band member still living.

He was inducted into the Minnesota Music Hall of Fame in 2000.

Sands said the present-day group performs at least one show a week, often more in the summer. It has a seven- or eight-piece band, with Sands on vocals and the accordion.

The show also includes some comedy from one member of the group.

In addition to performances, Sands said he and the band’s music was featured in a film called “His Neighbor Phil,” about a woman with Alzheimer’s disease. The movie features Stephanie Zimbalist and Daniel Roebuck.

Sands said the first sound of the movie is from the group’s old-time hit song “The Ping Pong Polka.”

He said the reason the band was asked to participate in the movie was because of music’s known affect on people with Alzheimer’s.

“They were super nice people to work with,” he said.

The group has also been featured on the “Mollie B Polka Party” on RFD-TV, a national television station.

Despite reaching his mid-80s, Sands said his age doesn’t keep him from performing.

“It gets to be a way of life,” he said. “It’s something you kind of crave. I’ve done it so much, it’s part of life. We meet so many nice people.

“It’s been a great experience. I just can’t say enough about it.”

The performer said he has played several shows in Austin, but this will be his first time in Albert Lea.

Ray Sands and the Polka Dots will perform at 7:30 p.m. Saturday at the Marion Ross Performing Arts Center.

Tickets can be purchased at the box office, online or by calling 877-730-3144. The box office opens two hours before the performance on show day. Cost is $15.

What: Ray Sands and the Polka Dots

Information: Tickets can be purchased at the box office, online or by calling 877-730-3144