An Albert Lea man has been charged in connection with Sunday night’s theft of $1,400 in pull tab money from The Nasty Habit. 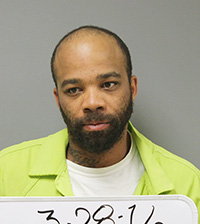 According to court documents, officers were dispatched to The Nasty Habit at about 10 p.m. Sunday on a theft report.

A police sergeant reviewed video surveillance that showed a suspect later identified as Mays walk behind the bar, take something behind the register and leave the bar.

Mays was found at an Albert Lea gas station and was allegedly in possession of 29 $10 bills and 10 $20 bills for a total of $490. The cash recovered from Mays was paper clipped.

The bank bags and the rest of the money have not been located by police, according to Albert Lea Police Department Lt. Darren Hanson.

Though police believe the money has been removed from the bags, the bags might still contain important bookkeeping documents and receipts.

The bags are green in color and have Security State Bank printed on them.

Mays’ next appearance is scheduled for April 7.