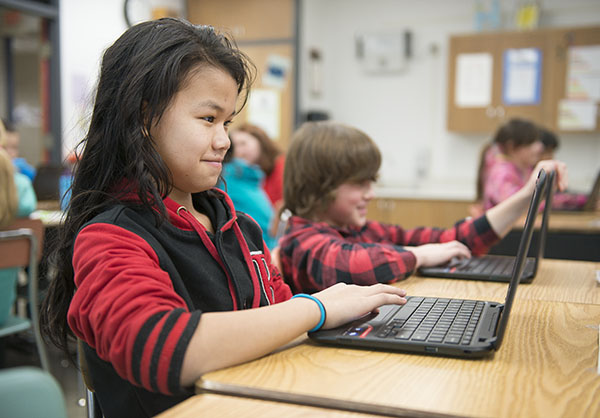 For the last four years, iPads have assisted second-graders in writing, reading, math and research.

Albert Lea Coordinator of Technological Integration Kenneth Griswold said the iPads have allowed students to be creators of multimedia content by doing research and creating an e-book to share writing and recordings of them discussing their work. 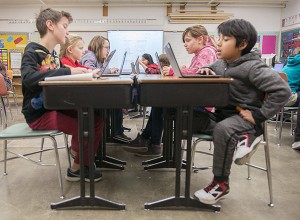 The district has replaced iPod touches with iPad minis for kindergarteners and first-graders that are allowing them to make their thinking visible.

The district is implementing the Seesaw application for kindergarteners and first-graders that allows students to capture their work in a variety of ways, then easily share it with teachers. Teachers can then  provide audio and written feedback. Parents are then able to view the work.

Griswold said the app will provide a definitive measurement of student progress throughout the year.

He expects all kindergarten and first-grade classrooms to be using Seesaw by the end of the school year.

A cart of Chromebooks is available for fourth-graders at Lakeview and fifth-graders at Halverson and Hawthorne.

An arts grant has been used at Sibley to purchase a cart of Chromebooks for fourth- and fifth-graders for art and music projects.

Griswold said based on the success of the project’s pilot stage, he plans on Chromebooks being available for third-, fourth- and fifth-graders districtwide.

“It has helped me as a teacher because they can be more independent, and I can still monitor everything that they do,” Schraut said. 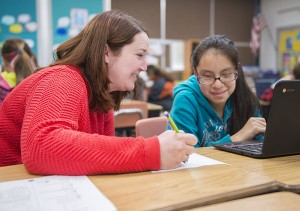 Four carts of Chromebooks have been placed at Southwest Middle School and Albert Lea High School.

Social studies students at Southwest use the Chromebooks for writing, researching, reading digital texts, creating multimedia presentations including interactive timelines, learning vocabulary and taking notes. Griswold said the pilot program is in its second year and is ready to be expanded based on its success.

At the high school, Chromebooks are used for student research in science and social studies, creation and publication of multimedia presentations and digital storytelling, statistical data collection and mathematics analysis.

Griswold said the district is increasingly able to use those tools to address a wider range of learning needs across the curriculum, and is looking at implementing a one-to-one student-to-Chromebook ratio at Southwest next year, and at the high school for the 2017-18 school year.

He said the use of Chromebooks will reduce computer lab use and will allow students to work together more regularly, Skype with subject experts and have more of a choice and a voice in their education.