Albert Lea wrestlers compete in out of state tourney 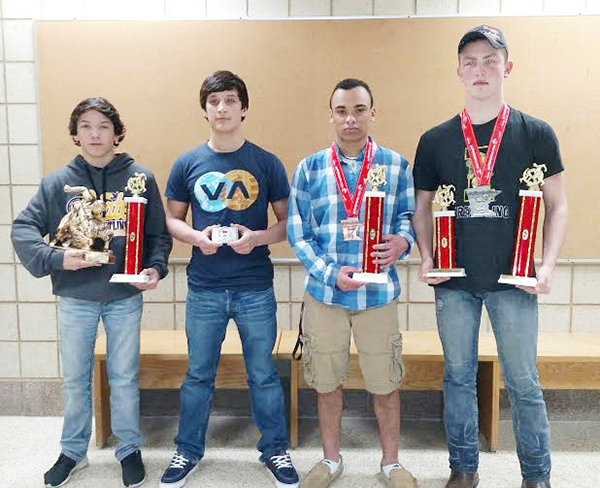 Three Albert Lea wrestlers traveled to St. Joseph, Missouri, on Feb. 21 to compete at the Liberty Nationals America Crown tournament, according to a press release.

Nic Cantu was champion in the 100-pound weight class and also wrestled in the 106 weight class, where he was runner up.

Logan Donovan was runner up in the 145 weight class. Brady Nielsen wrestled at 170, where he took second place and also placed third in the 182 weight class.

Cantu won the 106 Cadet state title. Jessie Hernandez lost in overtime in the finals to take second place in the 152 Cadet weight class. Nielsen took a 3-1 loss in the finals for a second-place finish, and Donovan finished  in sixth place in the junior division at 145.