Funeral services for Altine J. Hengesteg, formerly of Glenville, will be at 10 a.m. Saturday at First Lutheran Church in Glenville. The Rev. Kent Otterman will officiate. Visitation will be one hour prior to the service at the church. Interment will be in Greenwood Cemetery in Glenville. 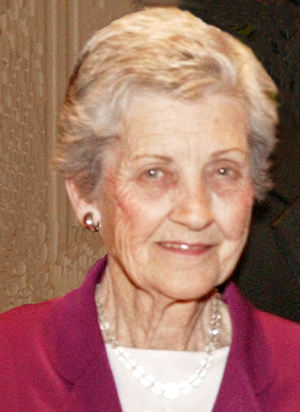 Altine was born on Nov. 30, 1923, in rural Glenville, the daughter of James Jr. and Selma (Engen) Vanek. She was baptized and confirmed at First Lutheran Church in Glenville, where she was a lifelong member. She attended elementary school in Glenville and high school in Albert Lea. As a young woman, she worked at American Gas and J.C. Penney. She was a housewife most of her life and kept a lovely home. She loved to refinish old furniture, which her family now treasures. Altine loved bargain shopping and instilled in her children that desire to find a bargain.

The family extends any thanks to the staff at Oak Park Place. Altine was very happy there.