Area blessed by District 27A representative

This election cycle has brought forth many polarizing figures such as Donald Trump, Bernie Sanders, Marco Rubio and Hillary Clinton, just to name a few. The public is starting to believe that American politics is nothing but a great big circus act. Some of that claim has legitimacy — an absence of decorum along with countless instances of mud-slinging have created a negative perception of our political system. Some might 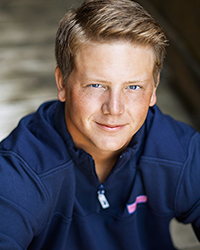 even go as far to say that “politicians are nothing but greasy liars that want to advance their or their party’s agendas.” That claim is just downright false. the only proof we need is to take a look at our Representative from District 27A, Peggy Bennett. After all, a representative’s job is stated in their title, representative from 27A. They are to represent the people of 27A at the state assembly. We are to elect one of our own to represent us and our beliefs at the Capitol. I believe that residents of District 27A have done just that.

I recently had the honor to attend Gov. Mark Dayton’s State of The State as the guest of Rep. Bennett, and what I experienced made me beyond proud to be from Albert Lea (District 27A). We met at the University of Minnesota’s McNamara Alumni Center, where the speech was to be held. We walked through the door, and instantly she was greeted by a state trooper she had befriended. If I didn’t know any better, I would’ve thought they had been friends since grade school. As we moved through the reception for the speech, I had the opportunity to be introduced to several representatives and senators. I visited with freshman legislators like Bennett, and I chatted with legislators who have six terms under their belts. They all had the same perception of Rep. Bennett. They all talked about how Peggy is an extremely respectable person and someone they would be proud to be represented by. Her exemplary work ethic was illustrated by several of the State Office and Capitol Staff, it was made very clear to me that my representative doesn’t shy away from a challenge. While speaking with the Speaker of the House, Kurt Daudt, he mentioned that Bennett is an asset to not only her party but to her district. He continued to mention that Peggy is doing an extraordinary job as a freshman legislator. That seemed to be the message from all the legislators I met. Peggy and I bumped into a U of M alumni relations staff member while eating before the speech. Bennett got talking with this woman about her job with the university and then eventually her job at an education software company. Peggy mentioned that she was a teacher before her time in the House. They chatted education, and she listened to her concerns about education all the way to bringing jobs to Minnesota. I couldn’t help but be amazed that even in her spare time, Rep. Bennett was listening to the concerns of a Minnesota citizen who wasn’t even a constituent.

The moral of my story is that in a time of a changing political climate where insults and outrageous claims are the norm, we have something to be proud of. We have a representative at the Capitol who truly reflects the greatness of the people of 27A and the greatness of our communities. We have a representative who will work tirelessly to ensure we are heard and that 27A gets nothing but the best. Peggy embodies what our forefathers envisioned as a resentative democracy; she truly wants what’s best for her constituents, and she puts people before politics. You could argue this presidential election is becoming a disgrace, however, don’t move so quickly to disenfranchise all politicians because of one person. We here in 27A are truly blessed to be represented by someone like Peggy. I would like to extend my sincerest gratitude to Representative Bennett and all the work she is doing for us. I’m honored to be your constituent.

Alex Syverson is a senior at Albert Lea High School.