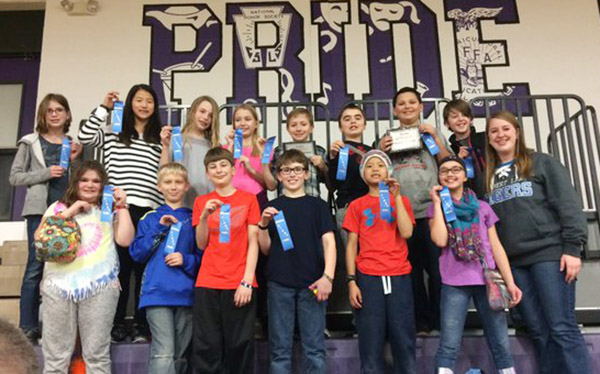 Four teams from Albert Lea Area Schools competed in a Destination Imagination regional tournament Feb. 27 in New Ulm. Destination Imagination is a competition that helps students learn to collaborate and be creative problem solvers. Albert Lea teams, made up of students in fourth through sixth grades, competed in the improvisational challenge. Immediately prior to performing a skit, the team selects three random elements and must incorporate them into their skit after a three-minute preparation time. They also needed to create their only prop out of newspaper during that time. Three Albert Lea teams placed first and second in their age divisions and will be competing in the state tournament in April. 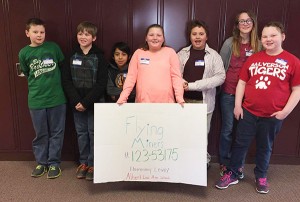 The Flying Miners are from Halverson Elementary School. Their adult supervisor was Hillary
Schraut. -Provided 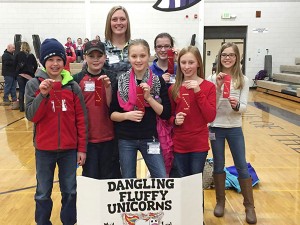 The Dangling Fluffy Unicorns were a team from Sibley Elementary School. Kristin Kyllo was their adult supervisor. – Provided