Funeral services for Carol E. Lundblad of Albert Lea will be at 3 p.m. Friday at the Thorne Crest Senior Living Community chapel. The Rev. Todd Walsh will officiate. Visitation will be one hour prior to the service at the chapel. Interment will be in Lakewood Cemetery in Minneapolis. 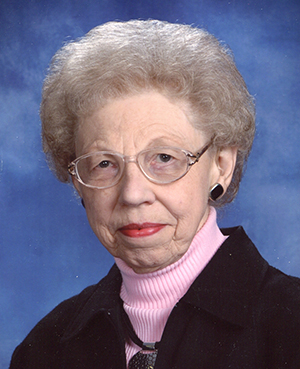 Carol was born Feb. 22, 1937, in Minneapolis, the only child of Gordon and Helen (Milton) Lundblad. She graduated from Washburn High School in 1955. Three years later she earned her Bachelor of Science degree from the University of Minnesota, graduating in 1958 with high distinction.

Carol was a member of Trinity Lutheran Church. She had a life membership in the University of Minnesota Alumni Association. For over 50 years, memberships were maintained in an Educators Honor Society Pi Lamda Theta and Delta Kappa Gamma Society International.

Carol was preceded in death by her parents Gordon and Helen Lundblad and first cousin, Arlene Smith.

Memorials are preferred to Trinity Lutheran Church, Peace and Power or The Salvation Army of Albert Lea.