Creativity adds personality to Albert Lea home on the lake 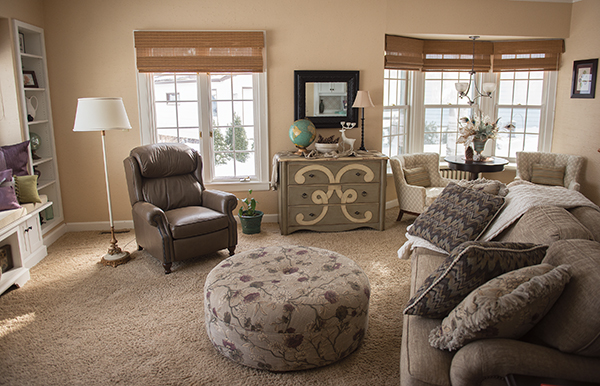 Sarah Hensley refers to the room pictured as a “formal living room.”

When Alden native Sarah Hensley decided to move back to the Albert Lea area in 2013, she and her husband hoped they could find a home near Fountain Lake.

Moving from Peoria, Illinois, the couple came back to the area to take over her mother’s business, Donna Nelson Insurance Inc. They loved the lake in Albert Lea and the trail around it.

Because they wanted to invest time in starting a business, the couple didn’t have time for an extensive remodeling project.

Hensley, 36, said there wasn’t a lot on the market that summer because the interest rates had been lower the previous couple years, but they ultimately found a house overlooking Fountain Lake at 1115 Lakeview Boulevard.

Tucked off of Cedar Avenue, the house was built in 1932 and was previously owned by Becky and Steve Johnson.

Though the house is more than 80 years old, it has had many upgrades since it was built.

In the 1970s, an attached double-car garage and entryway into the kitchen were added, and the kitchen was remodeled in 2000 to include new cabinets and flooring. She believes the opening from the kitchen to the living room was also made a little larger.

In 2007, a pergola replaced a screened-in structure on the side of the house closest to Lakeview Boulevard, and in 2008, a laundry room and bonus room were added over the garage.

Hensley said when she and her husband, Brian, 39, moved into the house, they touched up a few of the walls and did some painting. Otherwise, they haven’t made any other cosmetic changes to the house.

“We loved that aspect of it,” she said. “Compared to some other houses that we looked at, we knew they would be time-intensive remodels.”

Even the furniture from their old house, which was a completely different style of home, fit perfectly, she said.

The house essentially has three bedrooms — plus the large bonus room over the garage — and three and a half bathrooms.

It has several large windows on all sides of the house, something Hensley said provides not only a great view of Fountain Lake, but also lots of light.

“It’s bright; it’s cheery,” she said about their formal living room that overlooks the lake. “No matter what the weather’s like outside, it’s a good room.”

The home is decorated with many antiques and old items from both of their families and things Hensley, an avid sewer and quilter, has made, such as pillows.

Hensley said they have enjoyed making the house their own.

“I knew we would enjoy it in the summer, but we really enjoy it year-round,” Hensley said. “I love to see the lake change.”

This spring, the couple plans to replace the house’s original wood siding with Hardie board siding.

Hensley said she loves the house’s proximity to the walking path around Fountain Lake, as she often goes walking or running with her two dogs and can get down to the trail by either walking down the hill from the house or taking the back way around to Lakeview Boulevard. She and her husband also enjoy being out on the water and going out on the lake in a boat with her parents.

They enjoy traveling in the state and attending the activities of their two nephews in Alden.

Hensley is a 1997 graduate of Alden-Conger High School. 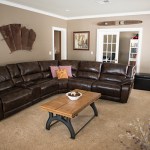 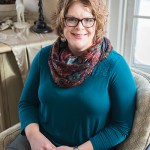 Sarah Hensley lives in a house on Fountain Lake in Albert Lea with her husband, Brian. – Colleen Harrison/Albert Lea Tribune 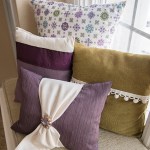 Hensley likes to sew and has made a few of the pillows in her home herself. The white sash on the front pillow pictured was originally a part of her wedding dress. – Colleen Harrison/Albert Lea Tribune 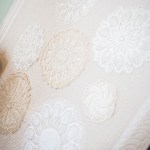 Hensley had some of her grandmother’s doilies incorporated into a quilt. – Colleen Harrison/Albert Lea Tribune 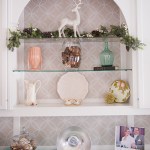 Hensley used leftover wallpaper from her last house to cover the back of some built-in shelving. – Colleen Harrison/Albert Lea Tribune 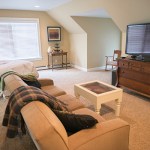 The Hensleys’ have a “bonus room” where they sometimes watch TV and where extended family usually stays when in town visiting. – Colleen Harrison/Albert Lea Tribune 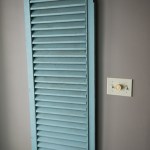 Hensley said she likes to repurpose other materials, like the shutters pictured. – Colleen Harrison/Albert Lea Tribune 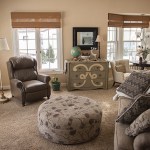 Sarah Hensley refers to the room pictured as a “formal living room.”