Early spring weather brings golfers out to enjoy the sport 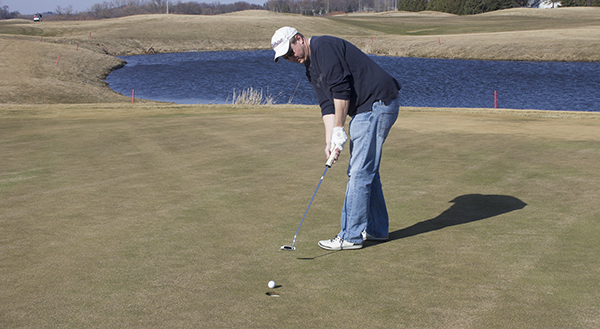 Golfers flocked to Wedgewood Cove Golf Course Friday on its opening day of the golf season.

Wedgewood Cove Director of Golf Donnie Teeter said temperatures that hovered in the mid-60s and the opening day’s placement on a Friday were primary factors in what he cited as a busy first day.

He said the course was busy throughout the day, and he expressed thankfulness for the course’s early opening. 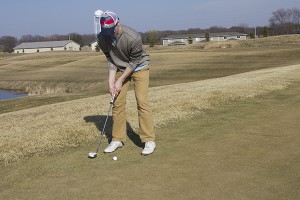 He said the course normally opens around April 1 and closes in November, but he would rather have the course open earlier in the year then stay open later because spring triggers excited golfers.

He described the course as being in excellent shape because of a mild winter and said he hopes customers have fun.

“I’m just excited to see people who are excited to be here,” Teeter said.

He said he expects business to slow this week. Temperatures are supposed to remain relatively warm today and Tuesday before dropping to the 40s later this week.

“It’s nice to get out here before it starts,” Sherman said.

Sherman and Ringoen planned to golf the whole weekend as temperatures stayed in the upper 50s to low 60s. 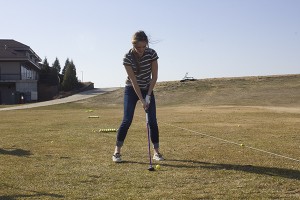 Albert Lea resident Brett Hanson, who sunk a hole-in-one in his first round of the year at Wedgewood Cove, said being able to golf this early in the year was beautiful.

Oak View Golf Club course manager Matt Hallman said this is the second year in a row the course has been able to open in mid-March.

He said opening early is good for the course and for golf in general, noting the course typically opens the first week in April.