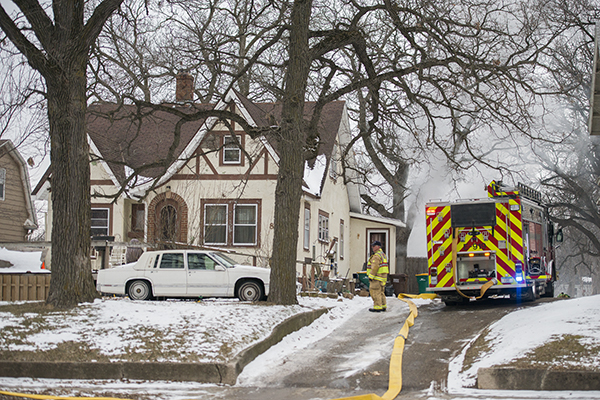 Two people were injured in a house fire Friday morning in Albert Lea.

The Albert Lea Fire Department was dispatched to the fire, at 803 Bridge Ave., shortly after 10:30 a.m. 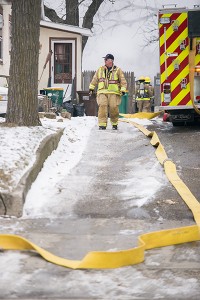 According to a news release, a person living in the house and a neighbor were transported to Mayo Clinic Health System in Albert Lea with unknown injuries.

The neighbor reportedly helped get the other person out of the house and was checked out at the scene for minor smoke inhalation.

The names and current condition of both people are unknown.

The 1 1/2-story house where the fire occurred is set back off of Bridge Avenue, behind another house on the same property.

When firefighters arrived, they reportedly saw heavy smoke and flames coming from the house, according to Deputy Fire Chief Jeffery Laskowske. They closed Bridge Avenue as they fought the fire.

Firefighters reportedly extinguished the fire quickly and remained on scene to prevent a fire from starting again.

It is unknown how many people lived there. The house reportedly had no utilities.

The cause of the fire has not been determined. The State Fire Marshal’s Office and Albert Lea Fire Department will investigate. 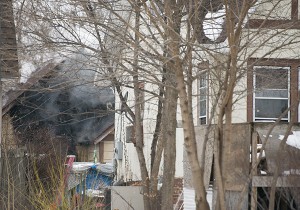 Smoke billows out of a structure on the property of 803 Bridge Ave. Friday morning. – Colleen Harrison/Albert Lea Tribune