LONDON — He was a quiet man, urbane and sophisticated, impeccably dressed, loyal to the queen and fond of his Rolls-Royce motor car — and he played a pivotal role in the transformation of four scruffy young lads from Liverpool into the most influential rock band in history. 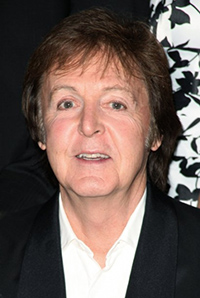 Under George Martin’s magisterial guidance, the Beatles transcended pop culture and created music that has stood the test of time. The work they produced has been covered and copied for decades, played as reggae music or chamber music or given a salsa beat.

It has been more than half a century since Martin heard what better-known executives had missed and took a gamble on the Beatles, transforming their raw, atomic energy into an early run of infectious hits that captured the optimism of the early 1960s.

It turned out he had sharp instincts, proclaiming “Boys, that’s your first number one” just moments after they laid down “Please Please Me” in the Abbey Road Studios.

As the Beatles grew, he provided the classical background and willingness to innovate that paved the way for melancholy, mature songs like “Eleanor Rigby,” “Strawberry Fields Forever” and “A Day In the Life.”

It is impossible to try and separate his contribution from that of John Lennon, Paul McCartney, George Harrison and Ringo Starr.  It was simply a magical mix: the horn flourishes on “Penny Lane,” the harpsichord on “In My Life” and the elegant introduction to “Ticket To Ride” are collaborations in the truest sense.

The Lennon-McCartney songwriting team has taken its rightful place in the pantheon, joining the giants who produced the great American songbook. And it was Martin’s subtle work that helped make so many of the recordings unforgettable.

Hearing of Martin’s death, McCartney Wednesday cited the producers work’s on “Yesterday” as a prime example of the master’s easy touch. It was Martin who suggested the string quartet that helped turn what might have been just another ballad into one of the world’s most beloved, and most covered, songs. 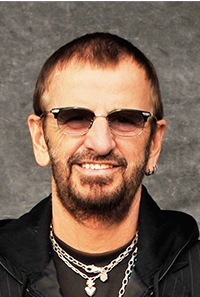 Their styles at first seemed to clash: Martin was a product of the British establishment the Beatles loved to lampoon, and even his necktie drew early scorn from Harrison. He was not a rocker who worshipped at the church of Chuck Berry and Little Richard, preferring symphonic music and comedy records, and he was not steeped in the American blues tradition so revered by the Beatles, the Rolling Stones and the other British invaders.

The Beatles developed a famous fondness for marijuana and LSD, indulgences that held no interest for Martin. But his open-minded approach helped them integrate Indian music and dreamy, fanciful imagery into their songs without losing their shape, structure or propulsive beat.

Martin was at first skeptical of Starr’s drumming ability, using a stand-in on an early disk, but later gave Starr free rein to develop the unique, subtle style heard on “Rain”, “She Said She Said” and other time-bending songs.