ST. PAUL — The state House on Thursday passed a bill that would extend unemployment benefits for laid-off Iron Range workers and give a tax break to businesses, deepening a debate between Republicans and Democrats over the tax cuts that will delay the aid to northeastern Minnesota miners.

Lawmakers passed the measure 104-25. It would extend benefits for Iron Range workers for 26 weeks and grant roughly $258 million in tax breaks to employers who contribute to the state’s $1.6 billion unemployment trust fund.

The Iron Range in northeast Minnesota has seen mine closures and layoffs due to an unprecedented downturn in the steel industry. Thousands have been laid off in the last year and have already exhausted their benefits.

Legislators from both parties vowed before the session to make extending benefits one of their first priorities, but partisan bickering and a debate over whether to package the tax breaks with the unemployment benefits has prolonged that. 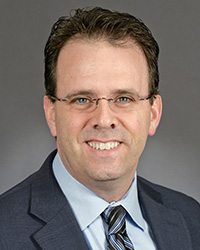 The parties have accused each other of delaying relief to the Iron Range.

Republicans contend that their proposed tax credits for businesses are supported by Democrats and that packaging benefits with other pieces of legislation is not a novel idea.

“I don’t think anyone gives a rip whether there are one or two bills,” said Rep. Pat Garofalo, a Farmington Republican who’s carrying the House bill. “There’s nothing radioactive in this bill.”

Democrats argue that they’re open to considering tax credits for businesses, but say tying them to unemployment benefits sets a dangerous precedent for lawmakers who are seeking relief for constituents.

“To be quite honest, we’re tired of this being a political football,” said Rep. Jason Metsa, a Democrat from Virginia, Minnesota, who has been outspoken about passing relief quickly.

It’s unclear what the final compromise will be. Gov. Mark Dayton said earlier this week he doesn’t support tethering the two items together, but said he will sign a bill as long as it includes an additional 26 weeks of unemployment benefits for Iron Range workers.

Prior to the floor vote Thursday, House Speaker Kurt Daudt reiterated that the tax cuts need to be passed quickly with the unemployment benefits in a session with only two months left.

“It makes sense to us that they be combined and sent together,” he told reporters. “We obviously have to use our time on the floor efficiently. We have a short session.

“Both are important; everyone has said they’re both important.”

Hours before the scheduled vote in the House, Senate Majority Leader Tom Bakk said he wouldn’t accept the linked approach and expressed frustration that the divide over taxes could delay aid being sent to steelworkers. He said that disagreement bodes poorly for hashing out bigger deals on transportation and taxes in the coming weeks.

“There is a lot of really, really heavy lifting to do this session,” he said. “If we can’t resolve something as simple as this unemployment extension, I think it doesn’t bode well for finding agreements.”