Funeral services for James Richter will be at 1:30 p.m. Thursday at Concordia Lutheran Church of Pickerel Lake. The Rev. Wendy Anderson will officiate. Visitation will be from 4 to 7 p.m. Wednesday at Bonnerup Funeral Service in Albert Lea, and again one hour prior to the service at the church. Western attire is encouraged. Interment will be in Concordia Lutheran Cemetery in Pickerel Lake.

James Richter, 67, passed away Sunday, Feb. 28, 2016, at his home in rural Lake Mills. He was born Aug. 13, 1948, to Harry and Marie (Ohm) Richter and was raised on the farm near Alden. He was a lifelong member of Concordia Lutheran Church of Pickerel Lake. 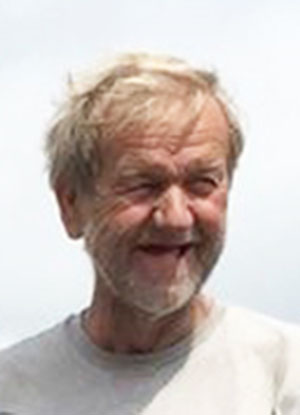 James drove truck for over 40 years and used the CB handle “Ricochet Rabbit.” He made it to all of the continental states except for Maine. He also held jobs as a mechanic and a tow truck driver. James could be considered a motorhead because he loved anything with an engine. He enjoyed watching and driving fast cars, drag racing and truck pulling. He also enjoyed tractor pulling with his Farmall Super M-TA that he had recently restored.

When he wasn’t on the road, Jim could be found having coffee with the gang, watching old westerns or spending time with and spoiling his grandchildren.

Through the years, Jim always remained a kid at heart, getting into mischief and maintaining a sarcastic sense of humor. There was always a lesson to be learned from him. He seemed to be rough around the edges, but deep down he had a heart of gold.

James is preceded in death by his parents Marie and Harry; brother, Dean Harry Richter; parents-in-law Albert and Betty Keller; brother-in-law, Larry Keller; as well as many aunts, uncles and friends.