Memorial services for Jeannette Margaret Lawyer, 76, of Albert Lea will be at 1 p.m. Saturday at Thorne Crest Senior Living Community in Albert Lea. The Rev. Todd Walsh will officiate. Interment will be at a later date. Friends may greet the family one hour prior to the service at Thorne Crest Senior Living Community. Bayview/Freeborn Funeral Home is assisting the family. Online condolences are welcome at www.bayviewfuneral.com. 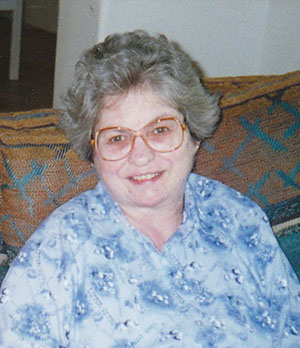 Jeannette M. Lawyer was born Aug. 24, 1939, in Albert Lea to Lyle and Edna (DeBoer) Lawyer. She graduated from Albert Lea High School in 1957, after which she was united in marriage to Kenneth Bergan. She lived in the Twin Cities area until 2000, when she retired from the Veterans Administration and moved back to Albert Lea. Jeannette enjoyed travel, reading, bingo at the Senior Citizens Center, water aerobics and walking the Blazing Star Trail.