A gathering in remembrance of Kenneth W. Farr of Geneva will be from 2 to 5 p.m. Sunday at Bonnerup Funeral Service in Albert Lea. 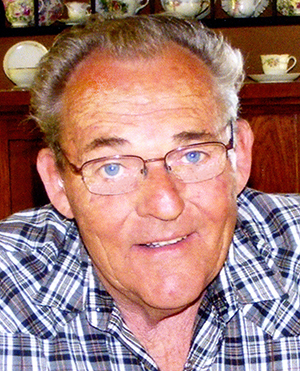 Kenneth was born May 18, 1940, in Albert Lea, the son of Harvey and Zadie (Ferguson) Farr. He attended Farr Country School and on Dec. 24, 1956, was united in marriage to Julia Stieglbauer in Northwood. He lived his entire life in the Geneva area and was a member of United Methodist Church in Geneva.

Kenneth farmed for many years, worked in building construction, was the owner of Southern Minnesota Pup Pen and was employed hauling livestock. He was a member of Sunset Saddle Club, various cattlemen’s associations and the Midwest Houndsman’s Association. He enjoyed raising cattle, Arabian horses, hunting dogs and other animals. He also enjoyed hunting, building wagons, racing ponies and tinkering with cars, motorcycles and snowmobiles. He especially loved the time spent with family and his grandchildren.

He was preceded in death by his parents; brothers Harry, Stanley, Raymond and James; and sister, Dorothy Bergland.