Memorial services for Kenneth W. Jensen, 79, of Albert Lea will be at 2 p.m. Tuesday at Ascension Lutheran Church. The Rev. Mark Boorsma will officiate. Interment will be at Hillcrest Cemetery at a later date. Friends may greet the family one hour prior to the service at the church on Tuesday. Online condolences are welcome at www.bayviewfuneral.com. 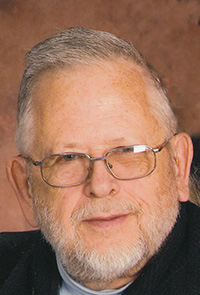 Kenneth W. Jensen was born Jan. 24, 1937, the son of Christian and Esther (Neist) Jensen in Albert Lea. A 1955 graduate of Albert Lea High School, he went on to earn a degree from Minnesota State University, Mankato. On July 3, 1960, Kenneth was united in marriage to Cynthia Kietzer. Kenneth owned his own tool and die making business for over 30 years, which his son now owns. He was a member of Ascension Lutheran Church and the Y’s Men Club. Kenneth enjoyed spending time with his family, building boats and spending time at the lake, along with studying the stock market.

Kenneth was preceded in death by his parents and brother, Robert Jensen.